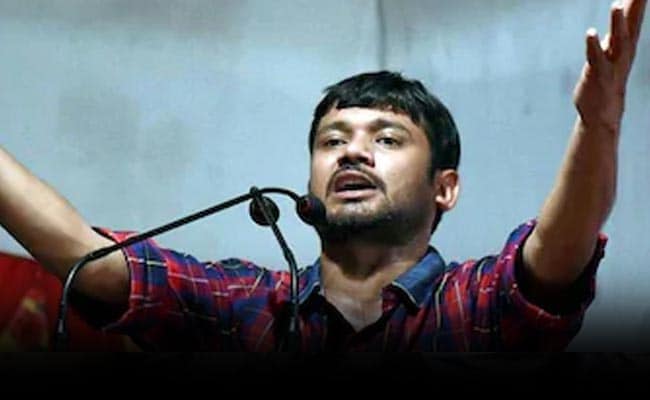 The Delhi government has permitted the prosecution of Left leader Kanhaiya Kumar over a long-pending sedition case that alleges the former Jawaharlal Nehru University student led a procession that chanted “anti-national” slogans during an on-campus event in February 2016.

Permission was given after the Special Cell of Delhi Police wrote to Chief Minister Arvind Kejriwal’s government last week requesting it to expedite the process. That came hours after a court directed cops to send a reminder to the ruling AAP. The application had been pending since January 14, 2019.

“Probably keeping current political situation in mind, Chief Minister Kejriwal has finally given sanction prosecute Kanhaiya Kumar. We welcome the decision. We have been demanding (this)… let the law take its own course,” Mr Tiwari said.

Manoj Tiwari led the BJP’s unsuccessful attempt to unseat the AAP in Delhi Assembly election on the back of a vitriolic campaign that called anti-citizenship law protesters “anti-national” and accused the party of shielding the likes of ”Kanhaiya Kumar, Umar Khalid, and other anti-India forces”.

A 1,200-page chargesheet, filed over a year ago, names Kanhaiya Kumar and nine others, including two more former JNU students in Umar Khalid and Anirban Bhattacharya. It alleges they led a procession on the anniversary of the hanging of Parliament attack mastermind Azfal Guru and supported the chanting of seditious slogans during the event.

However, the court refused the chargesheet, asking police to take requisite sanction before going ahead. At that time the court directed the cops to get sanction by February 6, 2019.

On failure to do so, the court observed: “Authorities can’t sit on file for indefinite period“. The request for sanction has been pending since. 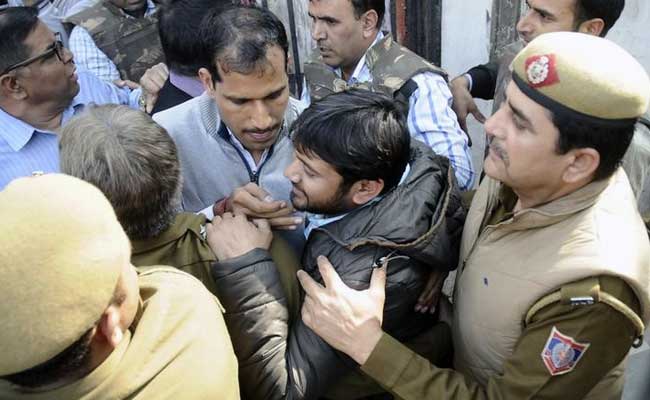 Kanhaiya Kumar during a court hearing in 2016

After the court’s reminder last week Chief Minister Kejriwal said he would ask the state home department, headed by AAP’s Satyender Jain, for an early decision in the matter.

A chargesheet in a sedition case requires permission from the state government. In this case, Delhi Police reports to the Union Home Ministry in the BJP-led government at the centre, which is a fierce critic of the AAP that is in power in the national capital.

Kanhaiya Kumar was arrested in connection with the sedition case on February 12, 2016. He was given bail the following month.

Both Mr Kumar and Umar Khalid have said the case is “politically motivated”.

“When the magisterial inquiry was done, it was concluded that no JNU student was involved. I want to say, the police filed a chargesheet after three years. We thank them,” Mr Kumar, who is currently at an event in Jharkhand’s Ranchi, told NDTV earlier.

“The filing of chargesheet after three years, ahead of elections, clearly shows it to be politically motivated. I trust the judiciary of my country,” he told news agency ANI.

Kanhaiya Kumar, who has emerged as a fierce critic of the ruling BJP and Prime Minister Narendra Modi, made his electoral debut in last year’s Lok Sabha election. He contested from Bihar’s Begusarai seat on a Communist Party of India (CPI) ticket but lost to the BJP’s Giriraj Singh by over 4 lakh votes.