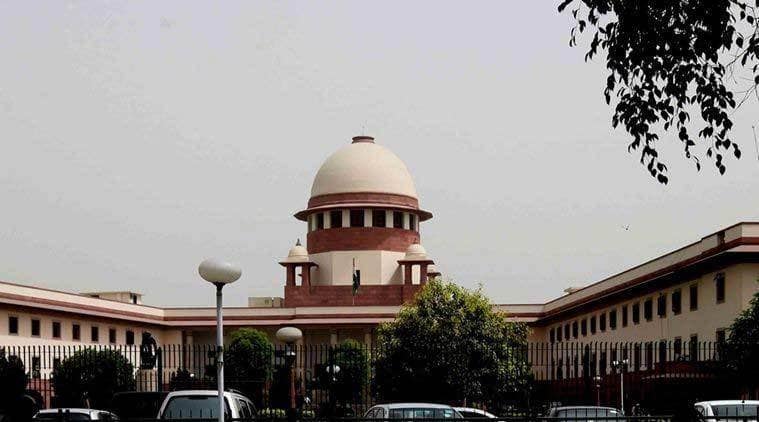 While the review and curative petitions will be heard through circulation in judges’ chambers, cases that need a short hearing will be heard via video conferencing.

Pointing to concerns within the OBCs and the SC/STs that reservation benefits are not reaching the truly deserving among them, the Supreme Court Wednesday said the government is “duty-bound” to periodically review the process in order to ensure that the benefits “trickle down and are not usurped by” the affluent in these categories.

Ruling as unconstitutional a January 2000 order of the Governor of the erstwhile state of Andhra Pradesh which provided 100 per cent reservation to ST candidates in posts of school teachers in Scheduled Areas, a five-judge Constitution Bench said: “Now there is a cry within the reserved classes. By now, there are affluents and socially and economically advanced classes within Scheduled Castes and Scheduled Tribes. There is voice by deprived persons of social upliftment of some of the Scheduled Castes/Tribes, but they still do not permit benefits to trickle down to the needy. Thus, there is a struggle within, as to worthiness for entitlement within reserved classes of Scheduled Castes and Scheduled Tribes and Other Backward Classes.”

The Bench, comprising Justices Arun Mishra, Indira Banerjee, Vineet Saran, M R Shah and Aniruddha Bose, agreed with Senior Advocate Rajeev Dhavan that the lists of those entitled to reservation must be revised from time to time.

“In our opinion, it was rightly urged by Dr Rajeev Dhavan that the Government is required to revise the lists. It can be done presently without disturbing the percentage of reservation so that benefits trickle down to the needy and are not usurped by those classes who have come up after obtaining the benefits for the last 70 years or after their inclusion in the list. The Government is duty-bound to undertake such an exercise as observed in Indra Sawhney… and as constitutionally envisaged. The Government to take appropriate steps in this regard,” it said.

On the 2000 order, the Bench said “the G.O.Ms. No.3/2000 providing for 100 per cent reservation is not permissible under the Constitution, the outer limit is 50 per cent as specified in Indra Sawhney”.

In 1992, a Constitution Bench of the Supreme Court, ruling in Indra Sawhney & Others vs Union of India, capped the total permissible reservation at 50 per cent.

“A reservation that is permissible by protective mode, by making it 100 per cent would become discriminatory and impermissible. The opportunity of public employment cannot be denied unjustly to the incumbents, and it is not the prerogative of few. The citizens have equal rights, and the total exclusion of others by creating an opportunity for one class is not contemplated by the founding fathers of the Constitution of India. Equality of opportunity and pursuit of choice under Article 51­A cannot be deprived of unjustly and arbitrarily,” it said.

“By providing 100 per cent reservation to the Scheduled Tribes has deprived the Scheduled Castes and Other Backward Classes also of their due representation. The concept of reservation is not proportionate but adequate, as held in Indra Sawhney. The action is thus unreasonable and arbitrary and violative of provisions of Articles 14, 15 and 16 of the Constitution of India. It also impinges upon the right of open category and Scheduled Tribes who have settled in the area after 26th January 1950,” the Bench said.

Rejecting the state’s arguments, the Bench said “there were no such extraordinary circumstances to provide a 100 per cent reservation in Scheduled Areas. It is an obnoxious idea that tribals only should teach the tribals. When there are other local residents, why they cannot teach is not understandable. The action defies logic and is arbitrary. Merit cannot be denied in toto by providing reservation”.

The Bench was hearing a challenge to the decision of the Andhra Pradesh High Court that upheld the government order. Given the circumstances, it, however, allowed the request not to quash the appointments already made, but warned against making such provisions in the future.

It noted that a similar government order was issued by Andhra Pradesh in 1986 which was quashed by the State Administrative Tribunal and an appeal before the Supreme Court was dismissed as withdrawn in 1998.

“After withdrawal of the appeal from this Court, it was expected of the erstwhile State of Andhra Pradesh not to resort to such illegality of providing 100% reservation once again. But instead, it issued G.O. Ms. No.3 of 2000, which was equally impermissible… It was least expected from the functionary like Government to act in aforesaid manner as they were bound by the dictum laid down by this Court in Indra Sawhney… and other decisions holding that the limit of reservation not to exceed 50%. There was no rhyme or reason with the State Government to resort to 100% reservation. It is unfortunate that illegal exercise done in 1986 was sought to be protected by yet another unconstitutional attempt by issuing G.O.Ms. No.3 of 2000 with retrospective effect of 1986, and now after that 20 years have passed. In the peculiar circumstance, we save the appointments conditionally that the reorganised States i.e. the States of Andhra Pradesh and Telangana not to attempt a similar exercise in the future. If they do so and exceed the limit of reservation, there shall not be any saving of the appointments made, w.e.f. 1986 till date”, the bench said in its judgment.