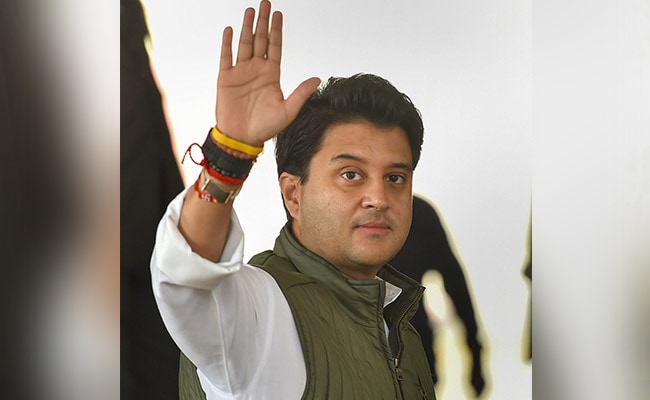 Jyotiraditya Scindia resigned from the Congress, shortly after meeting PM Modi and Amit Shah in Delhi.

Bhopal:
Jyotiraditya Scindia, whose exit has left the Congress on the verge of losing power in Madhya Pradesh, is likely to join the BJP today, sources have told NDTV. For his crossover along with 21 Congress MLAs crucial to the survival of the Kamal Nath government in Madhya Pradesh, he is likely to be rewarded with a Rajya Sabha nomination and eventually, a spot in the central cabinet. The Madhya Pradesh government has a wafer-thin majority of just four above the majority mark of 116. If the resignations are accepted, the Congress will lose power. The BJP and the Congress have moved their MLAs out of Madhya Pradesh for safe-keeping. The BJP has put up its MLAs at the five-star ITC Grand Bharat in Gurgaon, while the Congress has reportedly taken its members to Jaipur in Rajasthan, where the party is in power.

Here’s your 10-point cheatsheet to this big story: