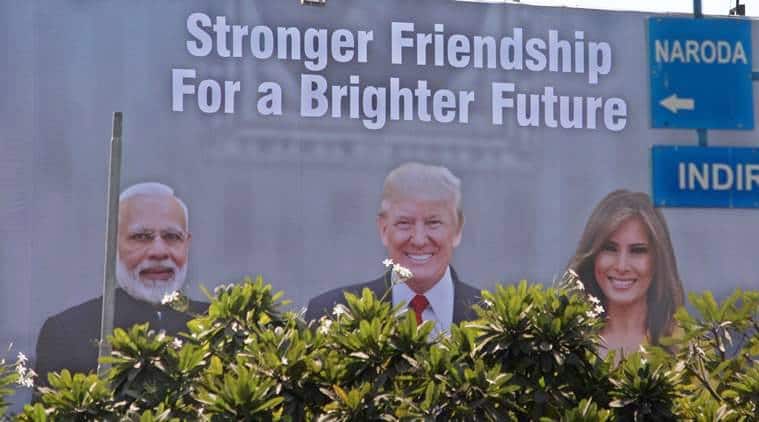 According to American officials, the Blue Dot network is like a “Michelin Guide”, which rates restaurants around the world with stars for excellence, for infrastructure projects. (Express photo Javed Raja)

With China moving to expand its strategic footprint through the Belt and Road Initiative (BRI), India and the US will discuss the Blue Dot network, a new proposal to cover infrastructure and development projects across the region and other countries.

READ | US President Trump on India visit: ‘Look forward to being with people of india, going to be exciting’

The Blue Dot network is “a multi-stakeholder initiative to bring together governments, the private sector and civil society to promote high-quality, trusted standards for global infrastructure development”, sources said. The US, which is leading the proposal, has already got Japan and Australia as partners in this idea.

The proposal, which is part of the US’s Indo-Pacific strategy, is aimed at countering Chinese President Xi Jinping’s ambitious One Belt One Road initiative, and is expected to be part of talks over the next two days between visiting US President Donald Trump and Prime Minister Narendra Modi.

EXPLAINED | India-US ties, over the years

According to American officials, the Blue Dot network is like a “Michelin Guide”, which rates restaurants around the world with stars for excellence, for infrastructure projects.

The initiative will evaluate projects on various parameters, including level of public consultation, transparency in funding, debt traps and basic environment norms. Projects that meet the norms will get a “blue dot”, which will enable them to attract private funding and not have to depend on state-funding alone.

Under BRI, China’s government and state-owned enterprises finance international projects by providing logistical support — from concrete and steel to workers and cash. This approach, however, has been labelled by some experts as “debt-trap diplomacy”.

Blue Dot will be about “supporting alternatives to predatory lending” by facilitating foreign investment in projects that come under this network, sources said.

US Commerce Secretary Wilbur Ross and NSA Robert O’ Brien have brought along the pointperson for the Blue Dot network in the US system — Adam Boehler, CEO of the US International Development Finance Corporation (USIDFC) — as part of the visiting delegation.

The USIDFC will be part of bilateral talks between Trump and Modi, and Boehler may explain some of the nuances of the initiative to the Indian delegation, if required.

Over the last few weeks, conversations have already taken place at the working level between Indian and US officials on the initiative as part of preparations for Trump’s visit. It is now likely to move to a conversation at the leaders’ level.

The US wants India to play an “active role” in this proposal as part of its Indo-Pacific strategy. A senior US administration official gave an indication of the idea, without spelling out the specifics, at a background briefing in Washington DC Saturday. “…our shared vision for a free and open Indo-Pacific really goes to the heart of what binds our two countries together, and this is our shared democratic systems that place a premium on citizen-centric governments,” the official said.

While it is too early to say whether India will sign up, it will give the proposal “due consideration”, given the conversations that have evolved since “Quad” meetings involving India, US, Australia and Japan. “India has as much role as it wants…it is an open, inclusive network,” sources told The Indian Express.