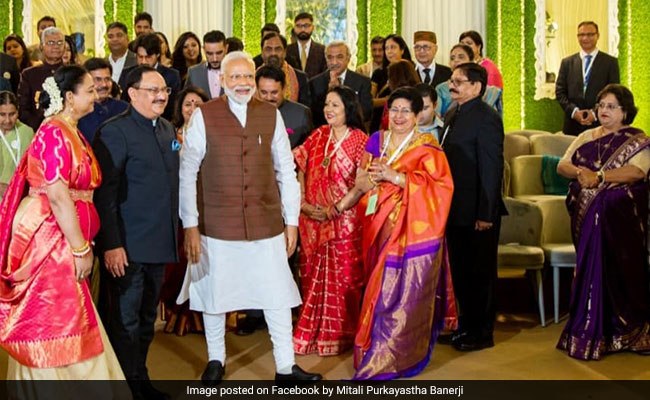 PM Narendra Modi was among the attendees at JP Nadda’s son’s reception.

Mr Scindia resigned from the Congress on Tuesday with at least 21 MLAs in tow, delivering a body blow the party’s government in Madhya Pradesh perched on a delicate majority. Minutes later, he was expelled by the party and is expected to join the BJP soon and may even get a cabinet post.

According to sources, at the Delhi reception of Mr Nadda’s son Girish, which had Prime Minister Narendra Modi among attendees, former Madhya Pradesh Chief Minister Shivraj Singh Chouhan briefed party colleagues about the brewing revolt by Mr Scindia and those MLAs loyal to him, sources said. 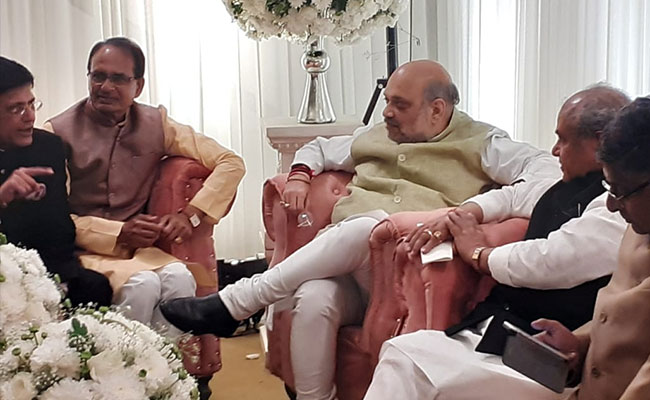 Three days later, Amit Shah gave his seal of approval, clearing the decks for Mr Scindia’s entry into the BJP.

On Tuesday morning, as much of India was celebrating Holi, Mr Scindia, once considered one of the most promising leaders of the Congress, met Mr Shah, following which he called on PM Modi at his 7, Lok Kalyan Marg residence.

There was no official word on what went down at the meetings. However, BJP sources asserted that the decision of the party’s top two leaders to hold long deliberations with Mr Scindia underlined the importance they attach to a politician considered close to Rahul Gandhi.

One of Congress leader Rahul Gandhi’s closest confidantes at one point, the 49-year-old had been sidelined by the party’s old guard in Madhya Pradesh and had even been struggling to get a patient hearing from Mr Gandhi or his mother Sonia Gandhi, the Congress chief, sources close to him said.

In the resignation letter dated March 9 to Congress President Sonia Gandhi, Mr Scindia said “it is now time for me to move on” as he was unable to serve the people of the country while remaining in the party.