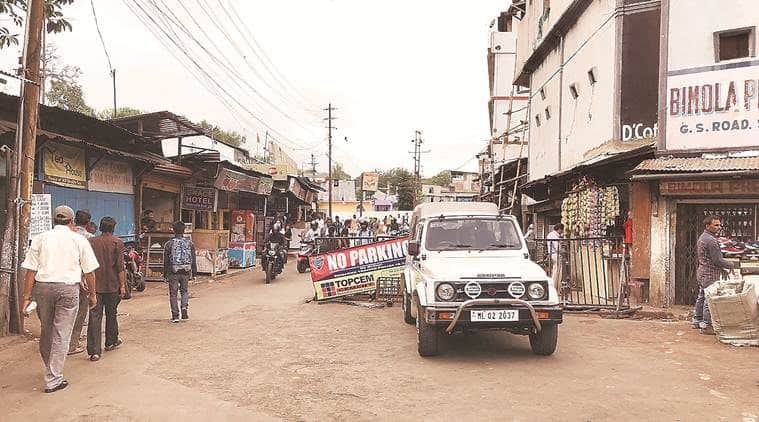 In a statement, the Meghalaya Police said: “There was a KSU meeting in Ichamati today afternoon. At around 3 pm, after the meeting, clashes broke out between KSU members and local non-tribals of the area (Representational image)

ONE PERSON was killed as clashes broke out between Khasi Students Union (KSU) members and non-tribals in Ichamati area of Meghalaya’s East Khasi Hills district on Friday, after a meeting called by the KSU to discuss the Citizenship (Amendment) Act (CAA) and Inner Line Permit (ILP).

The victim has been identified as Lurshai Hynniewta (35), a Khasi taxi-driver.

Curfew has been imposed in Shillong and surrounding areas, and mobile Internet service has been suspended in six districts. “We have taken a decision to impose curfew. We will see how the situation goes and, if necessary, we will further extend it,” Chief Minister Conrad Sangma told reporters after an emergency meeting on Friday night.

Lambokstarwell Marngar, president, KSU central body, said “the meeting was regarding our opposition to CAA and to demand implementation of ILP”, adding, “the meeting went peacefully, but some non-locals attacked us after it was over”.

In a statement, the Meghalaya Police said: “There was a KSU meeting in Ichamati today afternoon. At around 3 pm, after the meeting, clashes broke out between KSU members and local non-tribals of the area. Thereafter, the KSU members burnt a haystack at the edge of the market and attempted to burn a house. The non-tribals retaliated, and stoned a bus carrying KSU members.”

It added: “Four members of KSU were injured, two were sent to Ichamati CHC and discharged, two were referred to Sohra CHC. One local taxi which had gone to collect the KSU members from the Ichamati market after the clashes was damaged.”

According to police, the taxi driver, Lurshai Hynniewta, was injured in the attack and later succumbed to his injuries.

A notification issued by the office of the District Magistrate, East Khasi Hills District, ordered a curfew in Shillong and adjoining areas from Friday, 10 pm, to Saturday, 8 am, citing “apprehension of serious deterioration of law and order”.

“Law and order situation has arisen in East Khasi Hills District, including incidents of vandalism and arson, which have a potential to disturb public peace and tranquility,” said the notification.