A sample for coronavirus amid a nationwide lockdown, in Old Delhi.

LATE FRIDAY night, as the Centre issued orders allowing shops and markets in rural areas and stand-alone shops in urban areas to open for sale of even non-essential items for the first time since the COVID-19 lockdown, states reacted with caution.

Alluding to the legalese of the order, Punjab Special Chief Secretary K B S Sidhu tweeted the Centre’s order and said: “So, this seems to be good news about some shops being allowed to open by GoI. Can some volunteer translate this into simple English?”

Hours later, Assam Chief Secretary Kumar Sanjay Krishna tweeted: “State government would take a view on this on Monday after watching the situation for two days.”

It appeared states were once again caught unawares by the Centre.

A month ago, on March 24, when the Centre announced the first phase of the lockdown, states were left to manage its sudden consequences such as the massive disruption in supply chain, and migrant labour walking hundreds of miles to their homes. Some states, including one ruled by the BJP, suggested that adequate discussions had not been held with them before the announcement.

Following this, it was expected that the Centre would deliberate, discuss and plan more comprehensively when it became clear the lockdown would be extended. So when Prime Minister Narendra Modi announced April 14 an extension of the lockdown, he did give the state machinery five days to get its act together as the new measures were to kick in on April 20. 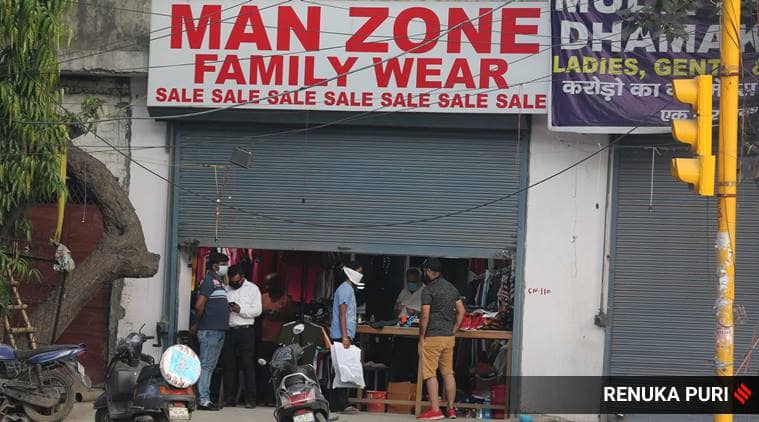 People shop from a half shutter open shop at Ramesh Nagar during lockdown.

However, if during the first phase of lockdown the government had to issue as many as six addendum and clarifications to its guidelines in the first few days, the second phase of the lockdown has already seen seven such from the Ministry of Home Affairs.

While this may be explained as additional activities being permitted probably based on demands by some states, an order issued by it two days later showed it was also poorly planned. On April 19, the MHA issued orders revoking permission to e-commerce companies to sell non-essential items. In an attempt to kick-start the economy, the April 15 guidelines had allowed e-commerce platforms to resume sale of items beyond groceries and food stuff. However, the government soon faced pressure from small traders who said this would cause “trade imbalance” and the government promptly revoked orders.

On Saturday, too, it had to issue further clarifications to its orders on the same day, stating barber shops would remain shut since they offer services and do not sell items. 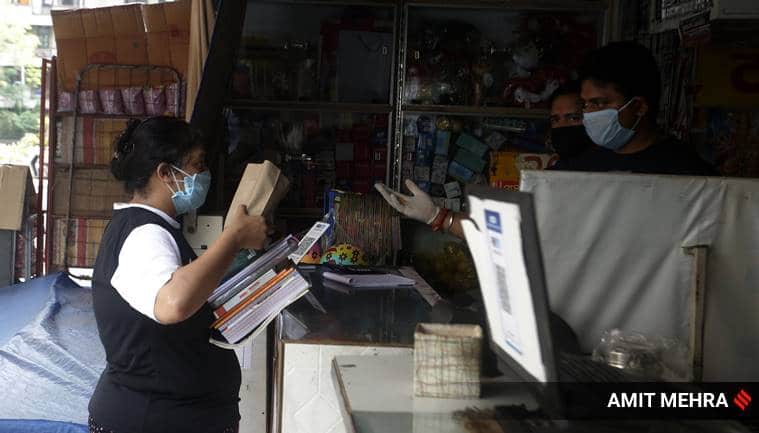 Book shops opened in Delhi NCR amid a nationwide lockdown.

The MHA also clarified there would be no sale of liquor, paan or tobacco products and that “sale by e-commerce companies will continue to be permitted for essential goods only”. It has also been clarified that none of these exemptions would apply to containment zones and hotspots.

It also said that in reading its guidelines, it must be remembered that exemptions are only for shops selling items and not those providing services. “In view of queries coming from various sections of society, it is clarified that all restaurants, salons and barber shops would remain closed. They render services & the relaxations given under #lockdown restrictions yesterday pertain only to shops selling items,” MHA said.

The government’s latest order on Friday allowing a host of local shops to open is likely to please small traders and may allow government the liberty to nudge them to accept e-commerce operations in coming days, which the Prime Minister talked about in his LinkedIn post less than a week ago.

Meanwhile, despite orders by the government for their operations to resume, industry representatives began expressing fear that strict COVID-19 containment guidelines on factory premises and provisions of penalty for their violations were a deterrent to restarting work. Industries also said it would be difficult for them to provide in-situ accommodation for labour or transport them in private vehicles.

Clearly, stakeholders had not been adequately consulted before issuing guidelines leading to confusion on the ground.

“True, some of these situations could have been avoided through adequate discussions with industry representatives and trade bodies beforehand. However, that was not our domain. It was being handled by Ministry of Commerce,” a home ministry official said.

Not surprisingly, the MHA had to again issue clarifications on April 22, saying penalties would be levied only if offence occurs with “consent, cognisance or negligence of employer”. When this did little to assuage fears, Home Secretary Ajay Bhalla wrote to all states on April 23, emphasising that its guidelines had no clause describing provisions for prosecution of employer or sealing of factory premises in case a worker tested positive for COVID-19.

The guidelines do, however, detail provisions under the Disaster Management Act where employers can be prosecuted for violation of central guidelines as determined by local authorities.

Bhalla’s letter also went on to clarify that no fresh permissions were required for operation of such factories that were already functional in the first lockdown.

Another instance of the Centre and states not being on the same page relates to handling of COVID-19 outbreak and enforcing the lockdown. It reached a flashpoint when Kerala issued its own guidelines for phase II of the lockdown on April 17.

Given how the virus was aggressively contained, and to restore livelihoods, the state provided many relaxations, including operation of dine-in restaurants and barber shops, opening of book shops and local workshops, movement of public in buses within a city, etc. Within two days, on April 19, MHA shot off a letter to Kerala saying these were a dilution of guidelines issued by it and the state was not allowed to do so under the Disaster Management Act.

Yet, on April 21, the Centre issued orders to open shops for educational books – an activity it had prohibited Kerala from undertaking – and electric fans. Here, too, the ambiguity meant that fans were still not selling on the ground since there are no exclusive fan shops. They are largely sold through electrical equipment shops which sell multiple items.

On the same day, in a separate letter to all states, it warned them not to dilute its guidelines. It did this even as the government of Uttar Pradesh continued to pull out hundreds of students belonging to its state from Kota in Rajasthan in buses.

The MHA maintained stoic silence as to how this was in consonance with its national guidelines. In fact, the BJP-JD(U) government in Bihar has protested against students being allowed to move out of Rajasthan and wrote to the Centre recently calling it an “utter violation of guidelines issued by the MHA”.

As clamour over suffering of stranded migrant labour grew vis-a-vis prioritising of extraction of students, the UP government on Friday announced it would pull out its migrant labour from states across India and transport them to their native places in buses.

Here too the MHA has maintained silence as to how this would be allowed under the current guidelines. On April 19, MHA had issued detailed standard operating procedures allowing movement of migrant labour within a state. It had asked states to arrange for their transport and food and water during transit to workplace. It, however, prohibited inter-state transfer of migrant labour.

Sources now say there could be a fresh order in this regard. It only captures how the state machinery has been stumbling from one hurdle to another because of what appears to be inadequate consultation and planning.

Among the multiple activities it has had to issue clarifications on since April 15 are services of caregivers of senior citizens residing with them, operation of prepaid mobile recharge utilities, bread factories, milk processing plants, flour mills, dal mills, several horticulture activities and transport of items related to functioning of apiaries etc.

Phasing out Indias Lockdown Is Essential, but With More Nuance Than Whats Been Done So Far