Coronavirus cases in India rose to 7447 on Saturday&nbsp | &nbspPhoto Credit:&nbspPTI

According to news agency ANI, 1035 new cases and 40 deaths have been reported in the country in the last 24 hours. Of the total numbers, 6565 cases of the infection are currently active.

The ministry data also specified that 642 people have been cured of the disease while 239 people have lost their lives in connection with the virus so far.

Maharashtra continues to be the worst affected state with a total number of 1574 cases and is followed by Tamil Nadu with 911 cases, Delhi with 903 cases and Telangana with 473 cases. 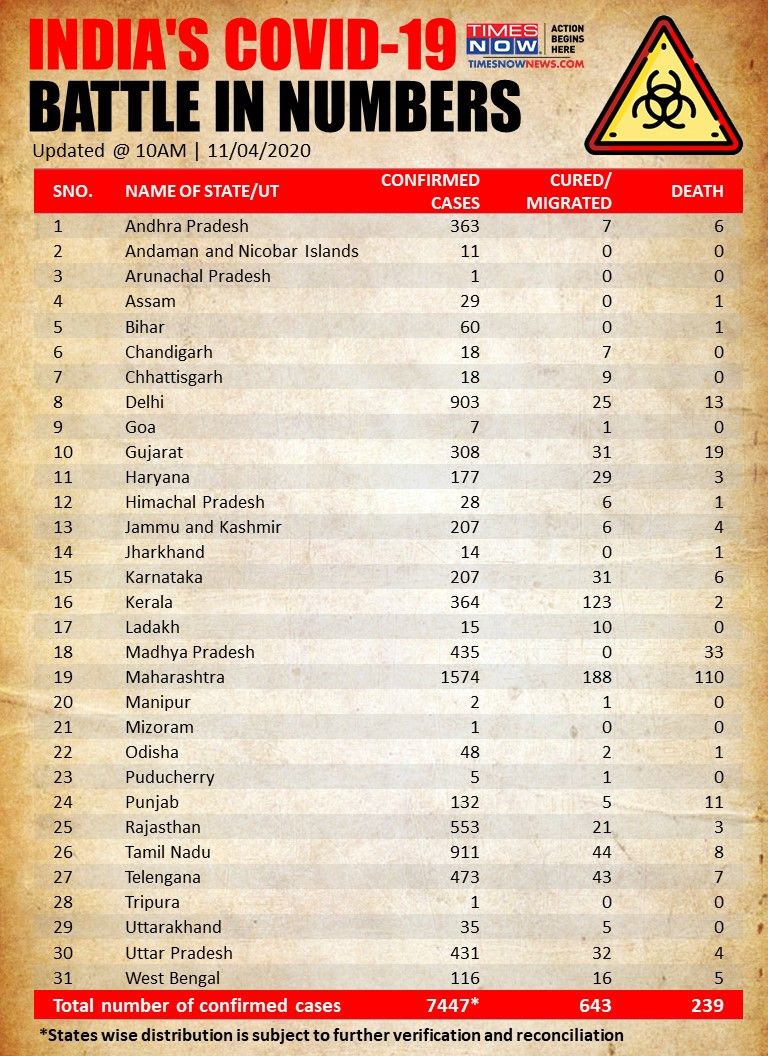 Meanwhile, migrant workers in Surat turned violent on Friday night. The rampage was caused amid fear of the lockdown extension as the workers demanded that proper arrangements be made for them to return to their hometowns,

They also demanded that their unpaid dues be cleared at the earliest. The workers torched several vehicles during the violence, following which the police detained about 60-70 of them.

A study conducted by Oxford University said that India moved swifter than many developed countries in unveiling measures to deal with COVID-19 outbreak within its borders.

India is currently under a 21-day lockdown as called for by Prime Minister Narendra Modi in his address to the public on March 23. According to the announcement, the lockdown is scheduled to be lifted on April 14.

However, several state governments have been urging the Centre to extend the lockdown considering the surge in nationwide cases. Some states like Odisha and Punjab have already extended the lockdown till the end of April in an effort to curb the disease.