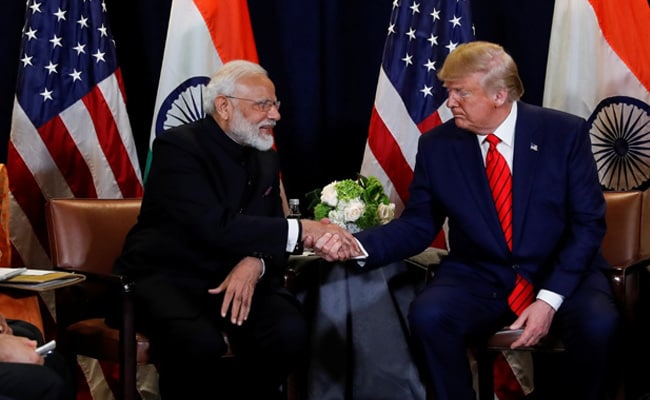 Prime Minister Narendra Modi has replied to Donald Trump after the US President thanked India for clearing the export of hydroxychloroquine, an anti-malarial drug believed effective in the treatment of coronavirus.

“India shall do everything possible to help humanity’s fight against COVID-19. We shall win this together,” PM Modi tweeted.

Thanking India and PM Modi, the American President said India’s help during this crisis will not be forgotten. “Extraordinary times require even closer cooperation between friends. Thank you India and the Indian people for the decision on HCQ. Will not be forgotten! Thank you Prime Minister @NarendraModi for your strong leadership in helping not just India, but humanity, in this fight!” Mr Trump tweeted on Wednesday.

Fully agree with you President @realDonaldTrump. Times like these bring friends closer. The India-US partnership is stronger than ever.

India shall do everything possible to help humanity’s fight against COVID-19.

We shall win this together. https://t.co/0U2xsZNexE

He later described PM Modi as “terrific” for allowing the export of the key drug. Over 30 countries had requested India to lift the ban on the export of hydroxychloroquine.

“I want to thank Prime Minister Modi of India for allowing us to have what we requested for the problem arose and he was terrific. We will remember it,” Mr Trump told reporters at his daily White House news conference on coronavirus.

India, the largest producer of hydroxychloroquine, agreed to lift the ban on the export of the medicine to the US after Mr Trump spoke to PM Modi on phone last week. Three Gujarat-based companies would export these tablets to the US, Gujarat Chief Minister Vijay Rupani said on Tuesday, news agency PTI reported.

On Wednesday, Mr Trump confirmed that the first shipment of a total of 29 million doses of the drug was on its way from three factories in Gujarat to the United States, PTI reported.

“I bought millions of doses… more than 29 million. I spoke to Prime Minister (Narendra) Modi, a lot of it comes out of India. I asked him if he would release it. He was great. He was really good,” Donald Trump told American channel Fox News.

Donald Trump had warned of “retaliation” if India did not agree to export hydroxychloroquine.

The US recorded nearly 2,000 novel coronavirus deaths for a second day in a row, according to a tally by Johns Hopkins University. The record-breaking figure of 1,973 deaths (slightly higher than the previous day’s toll of 1,939) brings the total number of US fatalities to 14,695.

(With inputs from PTI)