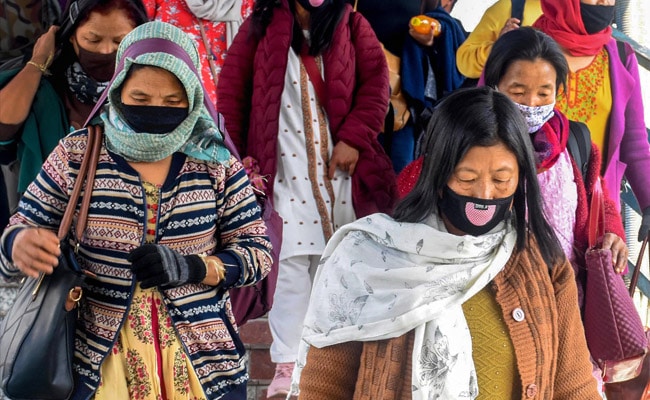 Coronavirus In India: The first three cases of virus in India were reported from Kerala. (File)

The total number of confirmed cases of coronavirus in India now stands at 47, with the recent case of a Bengaluru resident, who had recently visited the United States. Other fresh cases reported on Monday include one each in Delhi, Uttar Pradesh, Jammu and Punjab and two in Pune. Union Health Minister Dr Harsh Vardhan held a meeting with Delhi Chief Minister Arvind Kejriwal and Lieutenant Governor Anil Baijal to take stock of the situation.

The government has decided not to let any foreign cruise ship to dock at Indian ports, news agency ANI reported. The government  had suspended visas and e-visas granted on or before March 3 to people travelling from Italy, Iran, South Korea and Japan, effective immediately, after a surge in cases of coronavirus or COVID-19 in these countries.

The global number of deaths from the new coronavirus passed 4,000 on Tuesday, according to AFP figures, as China reported 17 new deaths. The virus has spread to over 100 countries with more than 110,000 cases of infection.

Here are the Updates on Coronavirus Outbreak:


Chinese President Xi Jinping arrived in Wuhan on Tuesday for his first visit to the epicentre of the country’s coronavirus epidemic since the crisis erupted in January.

Xi’s unannounced visit comes as unprecedented quarantine measures that have sealed off Wuhan and the rest of central Hubei province since late January appear to have paid off, with new infections dropping dramatically in recent weeks.

Number Of Deaths In China Hotel Collapse Rises To 20

The number of deaths from the collapse of a hotel used as a coronavirus quarantine facility in eastern China has risen to 20, authorities said Tuesday, with 10 others still feared trapped in the rubble.

Forty-one survivors pulled from the wreckage are injured, the Ministry of Emergency Management said at a press conference Tuesday.

Japan’s government Tuesday approved draft “state of emergency” measures that would allow authorities to keep people inside and commandeer buildings for hospitals, as Tokyo steps up its fight against coronavirus five months before the Olympics.

If approved by parliament, the draft bill would give Prime Minister Shinzo Abe the power to declare a state of emergency and impose drastic measures but Tokyo stressed that the situation had not yet reached that point.

Consumer inflation in China remained high in February, official data showed Tuesday, as the coronavirus epidemic and soaring food prices took a toll on the economy.

China’s consumer price index (CPI) rose 5.2 percent in February from a year ago, according to the National Bureau of Statistics — down slightly from 5.4 percent the month before, which was the highest point in at least eight years.

“Unfortunately, communing in large groups is a huge part of what we do as a band and the tour we’ve been busy planning for months is now in jeopardy… We have and will always keep the safety and well-being of our supporters as top priority,” frontman Eddie Vedder said in a statement on social media.

South Korea, one of the worst-affected countries in the coronavirus epidemic outside China, on Tuesday reported fewer than 150 new cases for the first time in two weeks.

A total of 131 infections were confirmed on Monday, the Korea Centers for Disease Control and Prevention (KCDC) said.

Three more people died, it added, taking the number of deaths to 54.

“We have strengthened the surveillance after 6 positive cases since yesterday. In the state, we have 1116 persons under observation out of whom 976 persons are under home quarantine while 149 persons are in hospitals. This includes people with symptoms as well,” Ms Shailaja told reporters.