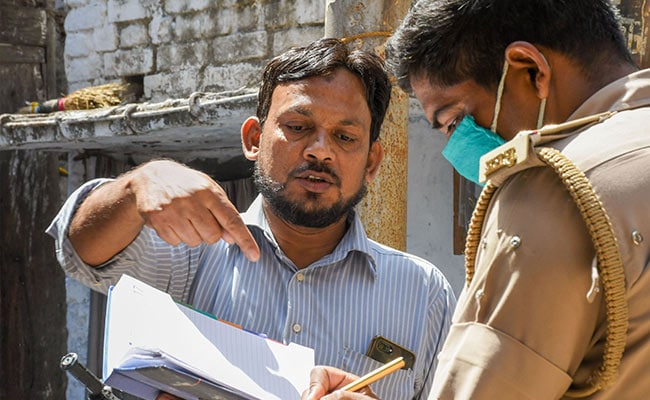 24 states and 4 union territories are involved in the massive manhunt.

At least 7,600 Indians and 1,300 foreigners have been identified with links to an Islamic missionary group that organised a religious congregation in Delhi last month and has emerged as India’s biggest hotspot in the coronavirus pandemic, the Union Home Ministry said on Wednesday. The number, however, may increase as more members of the Tablighi Jamaat members are identified, sources said.

Twenty-three states and four union territories have worked round the clock to identify 1,306 members of the organisation from other countries since the Markaz or religious centre in Delhi’s Nizamuddin West area was identified as a hotspot by the centre.

Data collected by the Home Ministry till April 1 shows that out of them, 1,051 have been quarantined, 21 have tested positive and two have died.

Authorities said they used all resources they could to painstakingly identify 7,688 local workers of the Tablighi Jamaat and their contacts who need to be quarantined.

“The contact tracing is still going on but as on April 1, we have managed to identify most of foreign and domestic workers. But it’s a work in progress,” a senior official in the Prime Minister’s Office told NDTV.

Nearly 400 people linked to group have tested positive across the country, according to data released by state governments and the Home Ministry. Tamil Nadu has registered the largest share so far at 190, followed by 71 in Andhra Pradesh, 53 in Delhi, 28 in Telangana, 13 in Assam, 12 in Maharashtra, 10 in Andamans, six in Jammu and Kashmir, and two in Puduchhery and Gujarat each.

Thousands of people from across India and some from countries like Malaysia and Indonesia, had visited the headquarters of the Tablighi Jamaat in a narrow winding lane in Nizamuddin last month, participating in prayer sessions and lectures over several days.

Tablighi Jamaat said that with no public transportation and all movement stopped due to a nationwide lockdown, thousands of people had been stranded inside the dormitories of the Markaz or centre after the meeting ended while others had left the city.

Delhi’s Health Minister Satyendra Jain said 2,335 people were taken out of the Tablighi centre and its mosque over a 36-hour period that ended on Wednesday.

“They have been sent to quarantine centres, others who showed symptoms are in hospitals,” he said.

CBSE to Conduct Pending Board Exams for Only 29 Subjects; All Class 1-8 Students to Be Promoted