The number of COVID-19 cases in India has soared to 21,700 even as the recovery rate has improved to nearly 20 percent according to the Health Ministry.

Globally, over 2.6 million confirmed cases and more than 183,000 deaths have been reported so far during the COVID-19 pandemic, according to data from Johns Hopkins University.

Here are the key developments of the day:

>> Domestic carrier IndiGo has announced that it will not implement the previously announced pay cuts during the month of April. CEO Ronojoy Dutta said in a mail to its employees that the company’s Excom members and SVPs have volunteered to take pay cuts this month and hence everyone else can expect April salaries without any cuts.

>> India’s First Lady Savita Kovind stitched face masks at Shakti Haat in the President’s Estate. The masks will be distributed to various shelter homes in the capital city under the Delhi Urban Shelter Improvement Board (DUSIB).

>> Two pet cats in New York state in the US have tested positive for the coronavirus. This marks the first confirmed COVID-19 case in companion animals in the US.

>> In the daily briefing on COVID-29 in India, the Indian Council of Medical Research (ICMR) said that “we have been able to flatten the curve” in India. 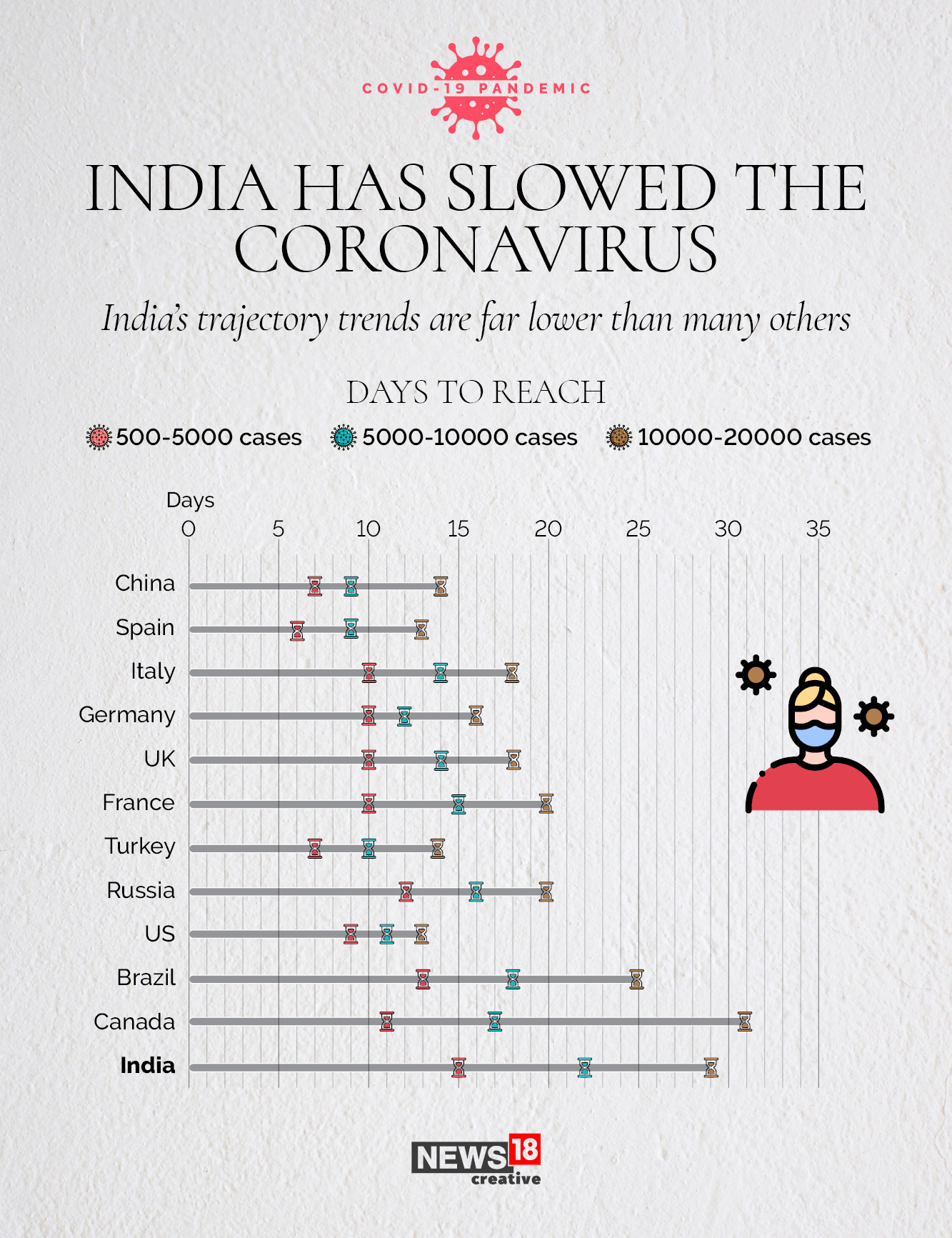 >> In a clarification issued on April 23, the Ministry of Home Affairs said no legal action will be taken against the CEO of a company, nor a factory will be sealed, in case an employee tests positive for COVID-19.