The symptoms of the coronavirus may appear any time between 2 and 14 days after the exposure.

India recorded its biggest jump in coronavirus cases today as 15 Italian tourists – who landed in Delhi last month – and one Indian, who was with travelling with them, tested positive for the illness, taking the total number of cases to 28. They were a part of a group of 23 Italians who traveled to Rajasthan last month. One of them – currently in Jaipur – tested positive on Tuesday; his wife has also tested positive.

On Monday, two fresh cases of coronavirus, which originated in China and spread to over 60 countries in a month, were reported in Delhi and Hyderabad. The Delhi patient, 45, had recently gone to Italy, which is emerging as another hub for the outbreak. Six of his family members in Agra contracted infection from him, Union Health Minister Dr Harsh Vardhan said today, adding that 28 cases have been reported in the country so far.

All international passengers will be screened at airports, he added.

According to sources, the Delhi patient was not screened at airport because he flew in from Austria, where the outbreak has not been declared serious. The crew of the Air India flight that flew him last week has been asked to stay in isolation at their homes for 14 days. A similar advisory has been issued to other passengers.

The affected passenger in Hyderabad -a techie from Bengaluru – had travelled on an IndiGo flight on February 20. The crew of the flight have been placed under observation. 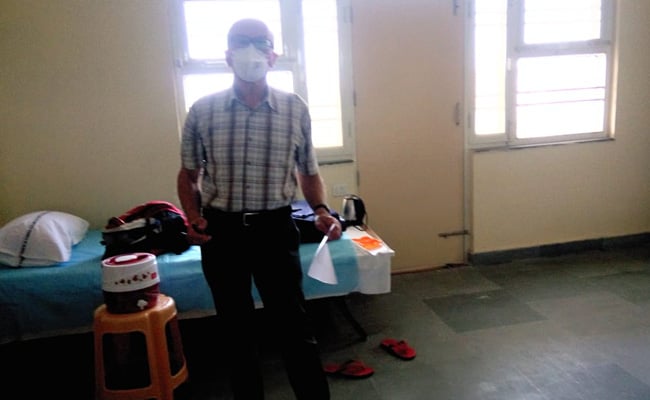 The Italian tourists are under watch at ITBP centre in Delhi.

Three others from Kerala – who contracted the virus last month – have been cured.

On Tuesday, Prime Minister Narendra Modi had tweeted that he had an “extensive review with (a) number of ministries and state governments regarding preparedness levels”. He said there was “no need to panic”. The government has set up a task force to monitor the situation.

Had an extensive review regarding preparedness on the COVID-19 Novel Coronavirus. Different ministries & states are working together, from screening people arriving in India to providing prompt medical attention.

India has now stepped up preventative measures including barring visitors from Italy, Iran, South Korea and Japan, except diplomats and officials from international bodies.

The symptoms of the coronavirus may appear any time between 2 and 14 days after the exposure. The symptoms include fever, cough and shortness of breath. Worldwide, the virus has infected around 90,000 people, of whom around 3,000 have died.