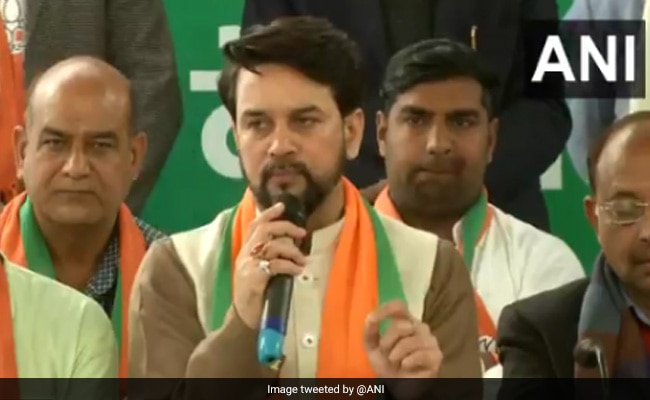 Union Minister Anurag Thakur had made controversial remark during a speech in Delhi. (File)

A Delhi court will pass order on March 2 on whether to lodge FIR against Union minister Anurag Thakur and his BJP colleague and MP Parvesh Verma for their alleged hate speech in relation to anti-CAA protest at Shaheen Bagh.

The police, which made the submissions in the Action Taken Report, sought more time from the court to file the final ATR.

The police also told the court that legal opinion was being sought in the matter.

BJP MP Parvesh Verma had on January 28 said what happened in Kashmir with Kashmiri Pandits could happen in Delhi, warning that lakhs of anti-Citizenship (Amendment) Act protesters in Shaheen Bagh could enter homes to kill people and rape women.