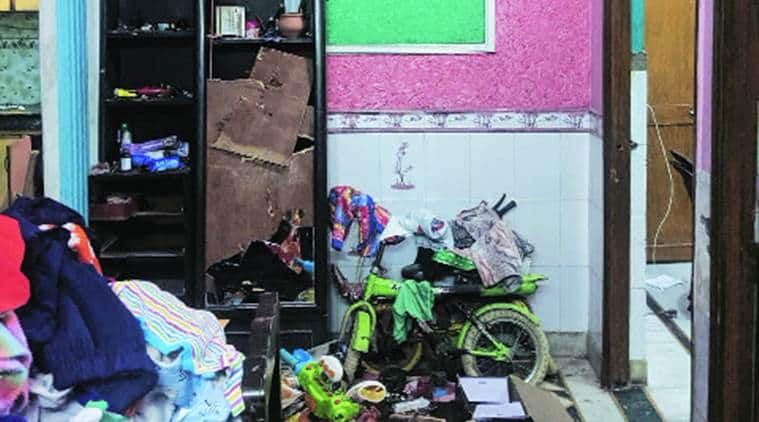 Belongings salvaged by Khan from the house

During last week’s violence in Northeast Delhi, a lone house belonging to a retired Delhi Police sub-inspector was ransacked and vandalised in a lane in Ganga Vihar. Mehmood Khan (66) had retired after 39 years of service with the Delhi Police, as sub-inspector at Bhajanpura police station in 2014. On Saturday, he returned to the home he lived in for 35 years to pack mattresses, sheets, blankets, utensils and other essentials his family required in the house in which they are seeking refuge in Kabir Nagar.

Inside, windows and mirrors were shattered, fans, the washing machine and air-conditioners were mangled, and furniture destroyed. Khan also said cash and jewellery had been stolen.

Khan lived in the house with his wife, three sons, three daughters-in-law and 10 grandchildren. Theirs is the only Muslim family in the lane. According to Khan and his neighbours, the house was ransacked twice in the last week. 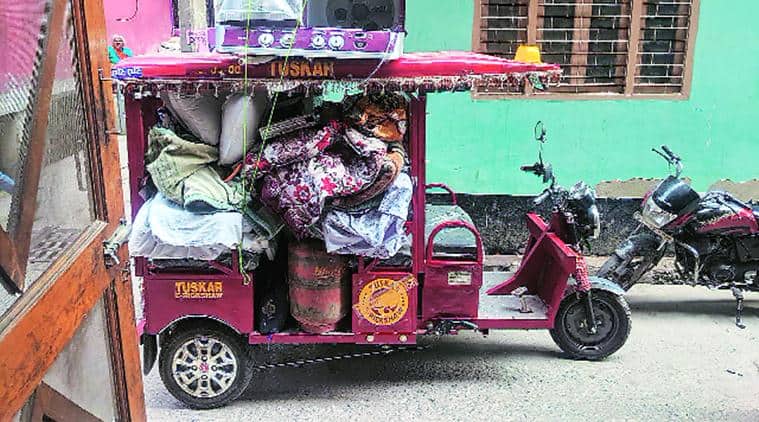 Khan said his neighbours had tried their best to push back the mob, adding that he was not willing to live in the house anymore.

“I had left the Gokalpuri mosque on Monday at 6.30 pm and when I reached the main road, there were at least 1,000 people wielding sticks. I put my skull cap in my pocket, ran home and found hundreds of people nearby. I gathered my family, locked the front door and we fled on four motorcycles to our relatives’ home in Kabir Nagar,” he said.

He said he received a call from a neighbour at 3.30 pm the next day, saying that a mob of around 50 had entered his house and were destroying things within. He claimed he made six PCR calls but did not receive help.

Around 2.30 am Wednesday, he said he received one more call from another neighbour saying the mob was ransacking the house again. He claimed he made three more PCR calls but received no assistance.

Khan said his neighbours had tried their best to push back the mob, adding that he was not willing to live in the house anymore.

His neighbours Manoj Kumar and Sanjeev Tomar said they had installed a new lock on the front door after the house was ransacked the first time and removed all cylinders from inside to reduce chances of it being burnt down. They, along with other men in the lane, have also been holding vigil every night since Monday though they were physically overpowered by the mob on Tuesday night.

“In my years of service, never have I seen such behaviour by police… I would never have allowed anything like this to happen. Gokalpuri burned for two days, police was nowhere to be seen,” said Khan.