When the prime minister speaks, people listen. Some citizens have begun doubting his words, but Narendra Modi’s Hindutva followers know exactly what he means and when he means business. By putting Ajit Doval, the NSA, in charge of restoring order in Delhi, the prime minister has clearly conveyed his intent.

Modi did not discourage the lynching of Muslim cattle-traders for a long time after the assaults first started. But when he did speak up, fewer incidents have been reported and they have also disappeared from the front pages of newspapers.

It does not take long to stop communal riots. You do not need the Army to do it, as Arvind Kejriwal seems to suggest. The Army is trained to take on external enemies, not our own misguided people. Though the police is trained to take on rioters, it has been found wanting. The reason for this failure is that the political class does not tell the Army how to fight, but in the case of the police, it is inclined to dictate, if not direct, police responses, as it did in Gujarat in 2002.

The professionalism of the Delhi police was questioned on Wednesday by judges of the Supreme Court and the Delhi high court. I am glad they did, because the police commissioner can now speak out, as he should on such occasions. But this time, Union home minister Amit Shah will have to listen. The problem is that the police in Delhi, to a larger extent in UP or a lesser extent in Maharashtra, has learnt to go by the wishes of the party in power rather than what it is required to do by the law of the land.

You cannot really blame the Delhi Police if it has been politicised, especially so when it is Amit Shah who they report to. I still have a few contacts in the senior ranks of the Gujarat police, thanks to my brief stint as its chief three decades ago, and I know how dangerous it is for a straightforward police officer to oppose Shah’s diktats unless he is made of superior stuff, a rare occurrence today! 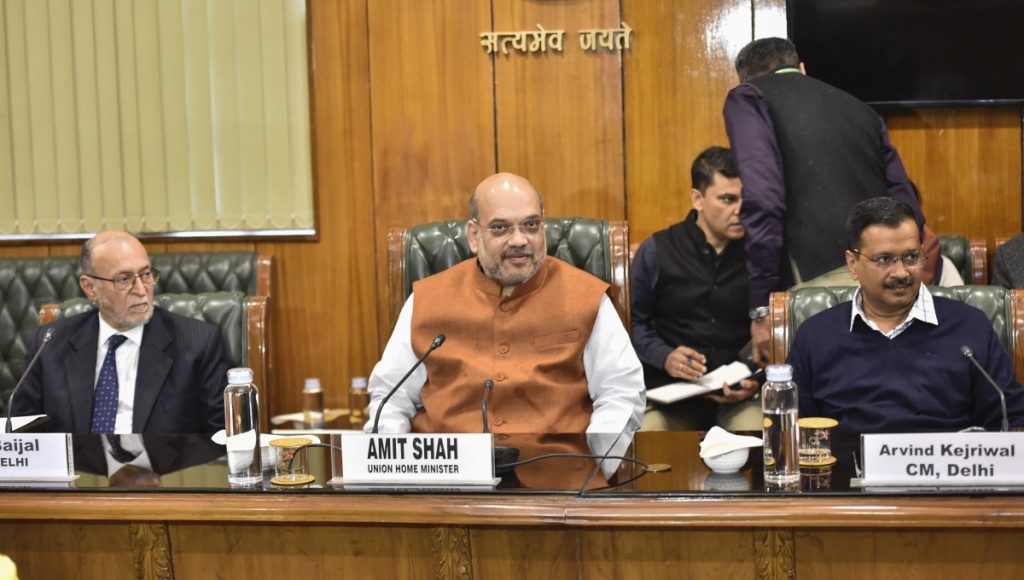 That the judges have stepped in to do what the government and the executive should have done long ago was necessary for the present scenario. But it is dangerous from the viewpoint of separation of powers spelt out in the Constitution. I feel that the judges should confine themselves to forcing the hand of the politician in depoliticising the police forces across India, as the Supreme Court had itself ordered almost 15 years ago in its Prakash Singh judgment. The Supreme Court’s orders have been very cleverly flouted by all parties which have formed governments, either at the Centre or in the states.

Top police officials know what is required to control communal conflagrations. If you lock up all instigators and mischief-makers (from all the communities involved) in one swoop, the issue can easily be settled. I have personally put this method to use in Mumbai in 1984 and Ahmedabad in 1985 and succeeded instantly. The trick is to assure political support for your action. And that may be difficult in Delhi today, where the leaders of the party in power at the Centre are the primary candidates for incarceration.

Will Amit Shah allow his cabinet colleague, Anurag Thakur, or former MLA Kapil Mishra to be locked up? I doubt it. But unless that is done, the shock treatment needed for this communal type of madness will not be available.

On the Muslim side, my experience in Mumbai and later in Ahmedabad was that the underworld gang lords are the ones who organise the defence of the community. They procure firearms and distribute them to their men. The incidence of gunshot deaths and injuries in Delhi during the present riots indicate the hand of these mafias. In Congress regimes, the police would have difficulty arresting gang leaders like Haji Mastan and Karim Lala in Mumbai and Latif in Ahmedabad because of political patronage enjoyed by these crime lords. Such impediments will not arise in BJP ruled states, but one-sided action will not solve the problem – the party’s own leaders will have to be locked up along with Muslim gang lords. 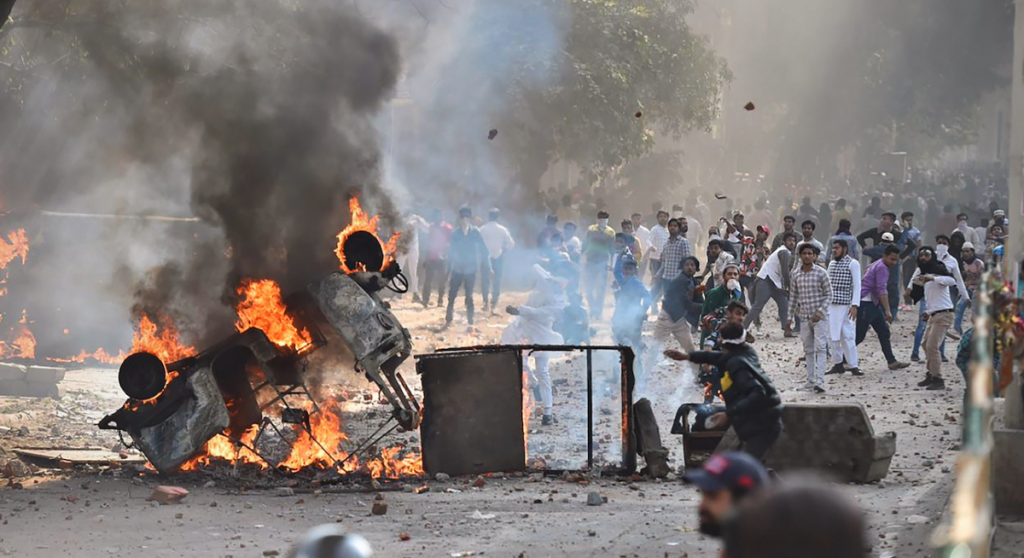 Vehicles set ablaze as protestors throw brick-bats during clashes between a group of anti-CAA protestors and supporters of the new citizenship act, at Jaffrabad in north-east Delhi. Photo: PTI

The die has now been cast. Though on Wednesday the high court pressed for urgency, it has now given four weeks for the Centre to respond on the issue of filing FIRs. This may help the ruling dispensation, as otherwise, trying to dodge the registration of FIRs against those who delivered hate speeches would have exposed its own role in the sordid affair. If I was the prime minister, I would have exchanged portfolios of defence and home to bring back someone with a ‘softer Hindu’ image to manage internal security.

The prime minister very astutely despatched his NSA, a canny retired Indian Police Service officer, to bring back normalcy to the capital city. This arrangement will have to be abandoned at some time in the near future. This helped solve a big problem quickly but a permanent solution would require a change in the corridors of North Block.

Julio Rebeiro is a former police commissioner of Mumbai, DGP Gujarat, DGP Punjab, and the former Indian ambassador to Romania.

After 6-Year Low In GDP Growth In October-December, Government Sees Rebound Ahead