Delhi Violence LIVE Updates: The political slugfest between the BJP and the AAP over its former corporator Tahir Hussain showed no signs of abating today as Aam Aadmi Party leaders Sanjay Singh and Amanatullah Khan defended Hussain against whom a murder case has been filed in connection with the death of Ankit Sharma, the Intelligence Bureau (IB) staffer whose body was found from a drain in northeast Delhi that has been worst-hit by violence over citizenship law protests.

Taking to Twitter, Singh slammed the BJP for shileding its leader Kapil Mishra whose alleged hate speech is said to be the trigger for the riots in the Capital. Khan too accused the Bharatiya Janata Party of framing Hussain to defame the AAP and save its own leaders.

A BSF Jawan’s House Burnt in Khajuri Khas | A BSF Jawan’s house was burnt in Khajuri Khas, among the areas in Northeast Delhi that were hit by brutal communal violence since last Sunday. Him and his sister were to be married soon, however, all the jewellery and cash his family had collected over the years was destroyed. The Jawan had told his family to trust in the government as forces had arrived to quell the damage. (Image: News18) 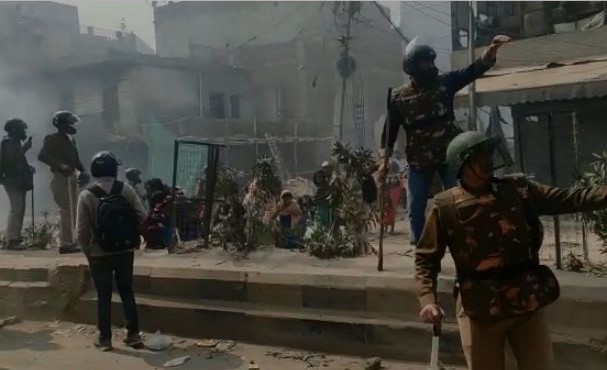 SN Srivastava on Tahir Hussain: Won’t Talk About Just 1 Case | Senior IPS Officer SN Shrivastava — set to be the next Delhi police chief — said no violence had taken place in the last 60 hours. “Outreach programmes were organised by our officers in the last few days,” he said. When asked about ex-AAP Corporator Tahir Hussain, Srivastava said he will not address just one case. “We registered over a 100 cases. All these will be dealt with strictly,” he said.

LG to Visit Violence-hit Areas Today | The  Lieutenant Governor of Delhi will be visiting the violence-hit areas in Northeast Delhi today, after communal riots broke out in since last Sunday, which killed at least 39 and injured over 200 people.

Forensic Team Reaches Tahir Hussain’s House | A Forensic Team has now reached ex-AAP corporator Tahir Hussain’s house in Chand Bagh in Northeast Delhi, to investigate the charges against him for the alleged murder of an IB staffer Ankit Sharma during the riots. BJP leader Kapil Mishra had tweeted a video claiming it showed Hussain hurling petrol bombs and stones from the terrace of his residence. Reporters and camera persons were allowed complete access to Hussain’s house yesterday, where petrol bombs, acid packets and slingshots were found. The collection of samples this late in the day raises questions on its purpose; as media persons had even handled the purported material yesterday. (Image: News18) 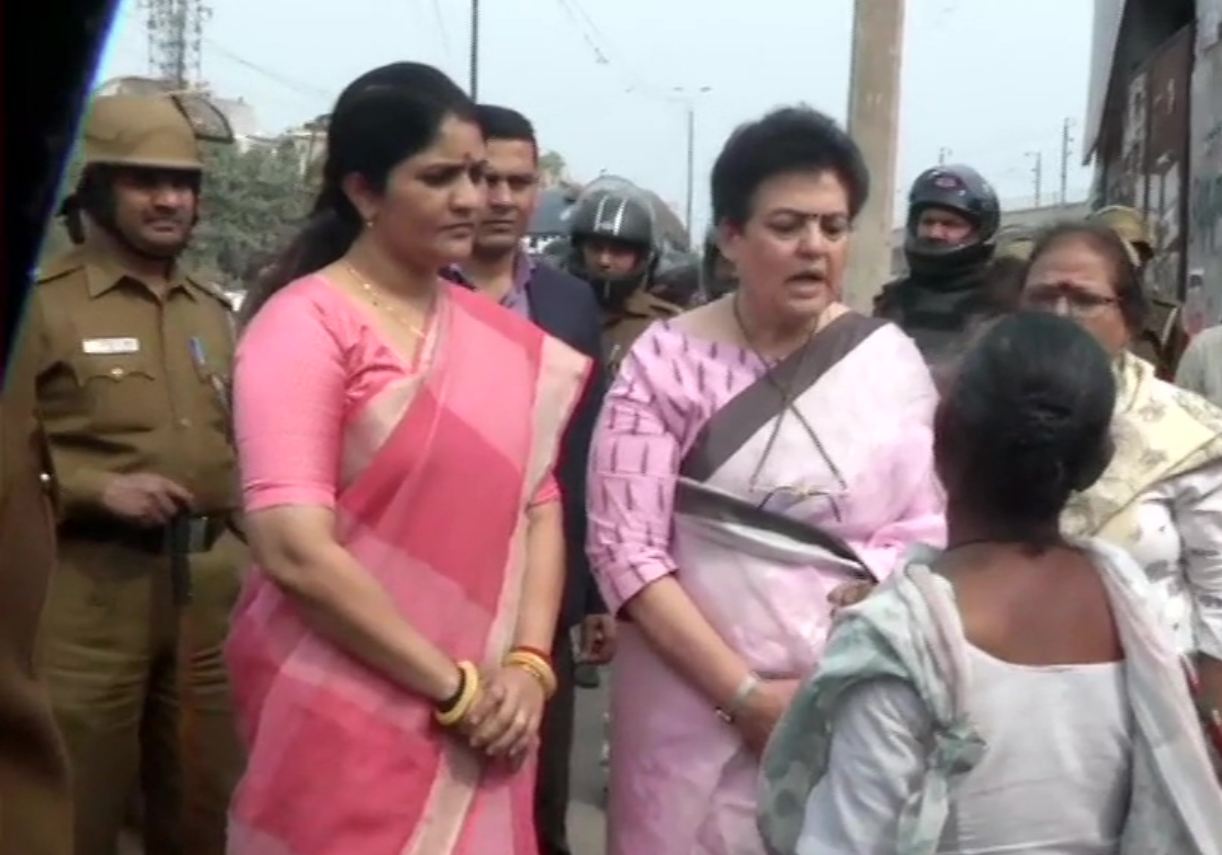 SN Srivastava Reaches Seelampur | Senior IPS officer SN Srivastava — set to be the next Delhi Police chief — has reached Seelampur in Northeast Delhi, which was among the areas rocked by communal violence since last Sunday. His team will leave for sensitivity places for patrolling. Police said that if things remained peaceful till 4 pm, the situation would de deemed as “completely normal”.

Death Toll Reaches 39 | The death toll due to the communal riots that have rocked the national capital rose to 39 today, said a health department official. Various areas in Northeast Delhi have been witnessing widespread violence since last Sunday.

HC to Hear Pleas Seeking FIRs on Alleged Hate Speeches | The Delhi High Court today issued notice in an application seeking FIRs against RJ Sayema, actor Swara Bhaskar, MLA Amanatullah Khan and ex-bureaucrat Harsh Mander for alleged hate speech. Mander had previously filed a plea in Delhi High Court seeking the arrest of four BJP leaders for their incendiary speeches. HC also issued notices for petitions seeking FIRs against Owaisi brothers for hate speeches. All these will be heard together on April 13 along with the other cases.

Shah to Address Pro-CAA Rally in Odisha | Union Home Minister Amit Shah will address a rally at the Janata Maidan in Bhubaneshwar on Friday in support of the amended Citizenship Act, even as Delhi slowly comes to term with the communal riots that plagued various areas since last Sunday, killing 38 people and injuring over 200.

Delhi Police Joint Commissioner OP Mishra in Chand Bagh |  Delhi Police Joint Commissioner OP Mishra said that “opening of shops is a sign of normalcy”, ANI reports. “This process of normalisation in the area started yesterday. Our focus is to assure all citizens residing here is that they must start their normal life now,” he said. Mishra said there was adequate security for namaaz today, and that police had met with the Aman Committee in the area and assured him of all “help and support”. Mishra said since yesterday police had been urging medical stores and grocery shops to reopen.

Section 144 Relaxed for 10 Hours | After communal violence plagued the capital since last Sunday, Section 144 of the CrPC — which was invoked to in 10 areas of Northeast Delhi — has been relaxed for 10 hours, after gradual peace resumed in many areas, even as injured people continue to get treated at Al-Hind Hospital and GTB Hospital. The riots have killed a total of 38 people and injured over 200.

Minor Who Wanted to be Doctor Shot in Riots | All roads leading to 15-year-old Itminaan Ahmad’s* house in north-east Delhi’s Brahmpuri were closed on Thursday. At 4:30pm, amid heavy security and a gathering of close to 100 people, he was taken to the nearby mosque, before being buried. Ahmad was shot in the head on Tuesday, amid the communal violence that has plagues areas of Northeast Delhi since last Sunday. All he had done was go out to buy milk. Read his story here. (Image: News18/Rounak Kumar Gunjan) 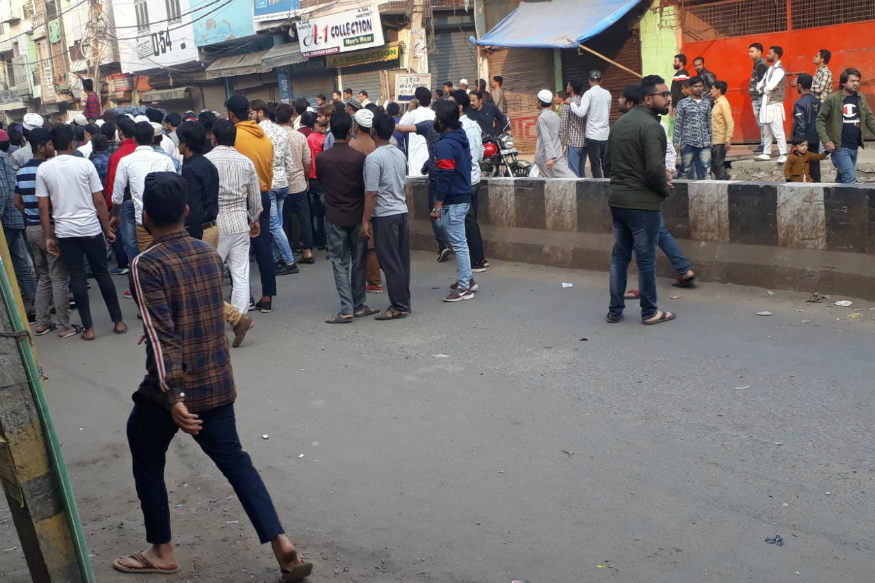 Amanatullah Khan Says BJP Hatching Conspiracy | AAP MLA Amanatullah Khan said the Bharatiya Janata Party was hatching a conspiracy against former AAP corporator Tahir Hussain to “save its own leaders”. Yesterday, an FIR was registered against Hussain for his alleged involvement in the murder of IB staffer Ankit Sharma, following which AAP too suspended his party membership. After communal violence hit various areas of Northeast Delhi since late Sunday, BJP leaders have also come under fire; ex-bureaucrat Harsh Mander filed a petition in the High Court against four BJP leaders for making hateful and incendiary speeches.

My Muslim Brothers Protecting Me, Says Hindu Bride | As deadly clashes between Hindu and Muslim groups rocked parts of Northeast Delhi, the family of a young Hindu woman living in a Muslim-majority area was forced to cancel her wedding on Tuesday. However, 23-year-old Savitri Prasad’s father then organised the wedding for the following day, saying his Muslim neighbours were family. “My Muslim brothers are protecting me today,” Savitri said. The rituals took place at Savitri’s home in the Chand Bagh district. Steps away, the main street looked like a war zone. Read more here. (Image: Reuters/Adnan Abidi) 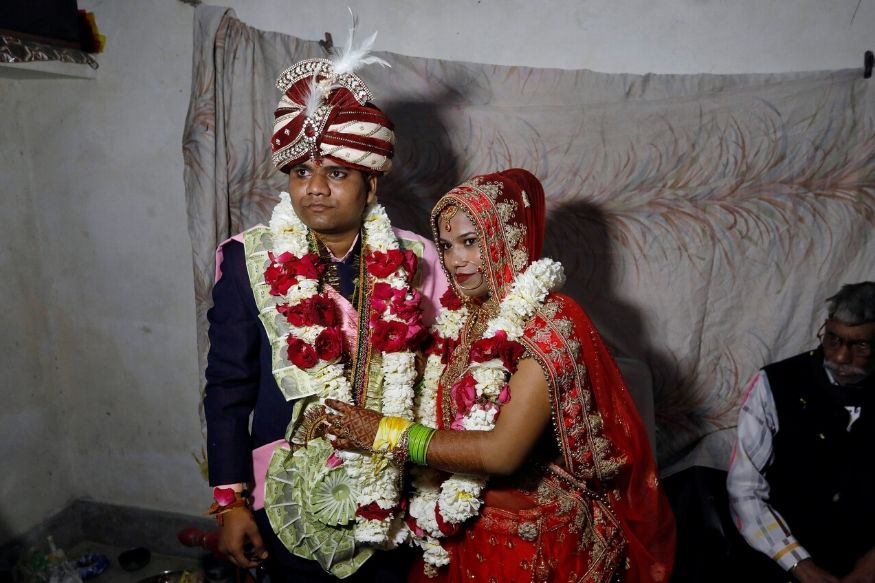 Who Heads SITs on Delhi Riots? | As communal violence plagues various areas of Northeast Delhi since last Sunday, demands have been made by parties, victims and officials to determine the causes behind it. However, the two figures heading the Special Investigation Teams (SITs) to probe into the Delhi riots are controversial — DCP Rajesh Deo, who was previously barred by the Election Commission for wrongly identifying the man who fired at Shaheen Bagh as an AAP supporter, and DCP Joy Tirkey whose efforts into probing the violence at JNU have been a non-starter.

India’s Blind Right Eye | This week’s savagery in Delhi is the worst Hindu-Muslim communal violence the city has seen since Partition: 38 people have been killed; 19 Muslim, 10 Hindu; seven still unidentified. For many, the grim history of hate in Delhi teaches us that the executioners are heroes, warriors for their faith. Illuminated by the bright, shining red of blood, India’s blind right eye now gazes at the carnage all around. (Image: Reuters/Adnan Abidi) 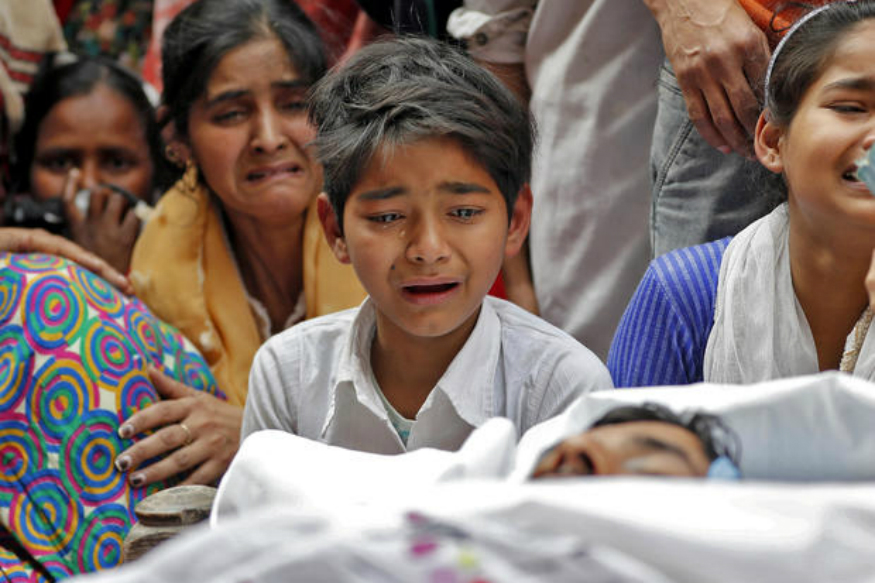 Shiv Sena Hits Out at BJP | National party Shiv Sena hit out at the BJP government over the communal riots in Northeast Delhi that started late Sunday. In the newspaper Saamana, it said the situation in the country was worrisome, and the party which thinks of Savarkar, should think of the country’s honour first. Shiv Sena also slammed BJP for transfer of the Delhi High Court judge S Muralidhar, saying the “government punished him after he ordered FIR against BJP leaders (who made incendiary speeches).”

85-Year-Old Woman Suffocates in Riots’ Fire | Eighty-five-year-old Akbari was waiting eagerly for the birth of her great grandchild. But her dream of seeing the baby was cut short by a rampaging mob that set her house at Gamri village near Delhi’s Khajuri Khas on fire, suffocating her to death. Read her story here. (Image credit: Mohammed Saeed Salmani) ‘My Daughters & I Were Molested’ | “We jumped from the first floor with dupattas (long cloths) wrapped around our bodies to save ourselves,” says a 45-year-old woman at northeast Delhi’s Al-Hind Hospital, recalling how she and her two daughters were forced to flee their home after a mob allegedly barged in and molested them on Wednesday night. “I and my two daughters were molested and our clothes torn by the mob,” the quadragenarian, who runs an NGO in Karawal Nagar, said with tears in her eyes. Read her account here. (Image: Reuters/Adnan Abidi​) 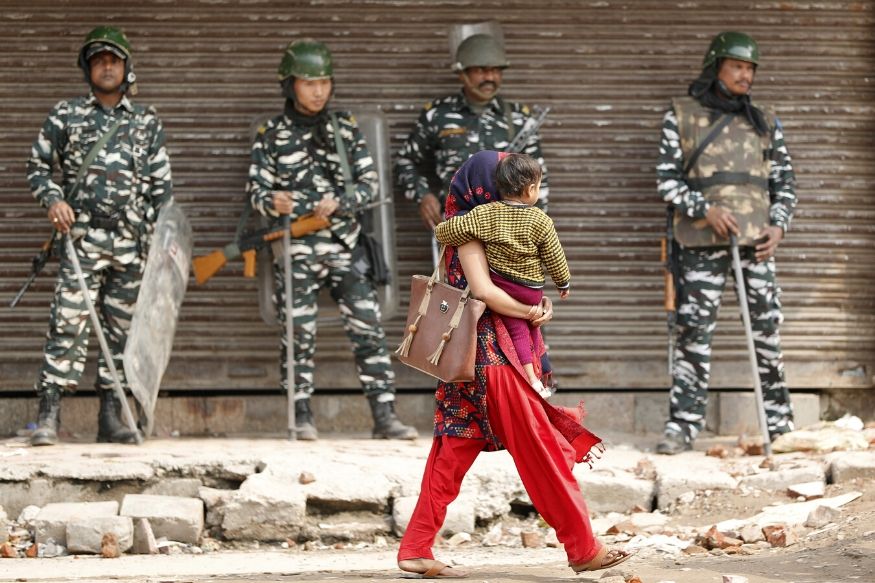 Man Who Opened Fire Not Arrested | The man in a red t-shirt who opened fire at police in Northeast Delhi, Shahrukh, has not been arrested yet, Delhi Police sources told ANI. Police is still looking for him. The capital has been plagued by communal riots that started in various areas of Northeast Delhi since late Sunday.