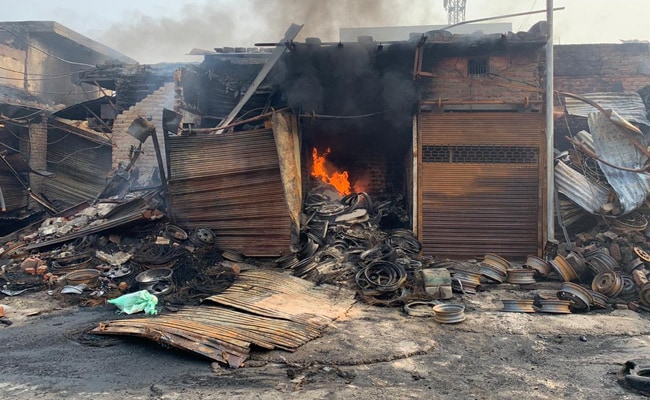 The police warned that strict action will be taken against those involved in violence.

The police have appealed to the people of Delhi to ignore rumours and unverified messages being circulated on social media related to the northeast Delhi violence in which 13 people have been killed.

“Delhi Police is making all earnest efforts, including deployment of reinforcement and involving respectable citizens of the area, to restore the normalcy,” they said in a statement tweeted from their official handle.

“Therefore, it is appealed to all citizens of Delhi to co-operate with Delhi Police in maintaining peace and harmony in the city. They are also advised not to lend an ear to rumour mongers and unverified messages being circulated on Social Media,” it added.

The police warned that strict action will be taken against those involved in violence.

“Delhi Police has kept strict vigil on such mischievous elements and miscreants. Strict legal action will be taken against those who are found involved in these incidents. It is also urged that social media platforms should be used with responsibility. Public cooperation is solicited in maintaining peace,” it added.

More than 150 people – including a child – have been injured as armed mobs rampaged through parts of northeast Delhi today, looting and burning buildings and vehicles as the government.

Smoke was seen rising from buildings and streets were strewn with rocks and broken glasses after three days of violence between pro- and anti-citizenship law protesters.

Amid clashes, IPS officer SN Shrivastava has been appointed as the new Delhi Police Special Commissioner (Law and Order). An order issued by the home department of the Delhi government said the officer is being appointed to the Delhi Police post with “immediate effect”.

Home Minister Amit Shah, who oversees Delhi’s law and order, on Tuesday held a three-hour meeting with the police and ministry officials over the violence, sources said.