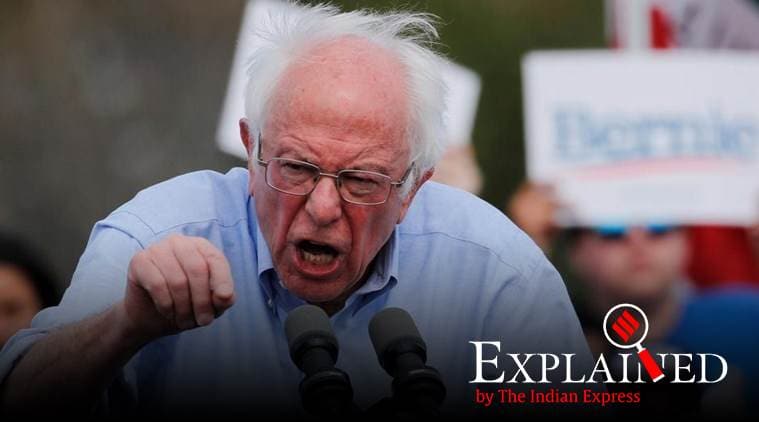 Sanders’s success comes after his strong showing in the Iowa caucuses and the New Hampshire primary. (File)

Senator Bernie Sanders of Vermont has won the caucuses in Nevada, strengthening his position as the front runner for the Democratic ticket to take on Donald Trump in the United States presidential election on November 3.

It is a significant victory because the state is nearly 30% Latino, 10% black, and its Asian American population is growing rapidly.

The results are slow in coming, but with about half the precincts reporting, Sanders appeared to be running away with the race with nearly 47% of the vote in this racially diverse state.

The Nevada results are a clear sign of Sanders’s broad appeal in racially diverse states, whose demography approximates that of the Democratic Party.

“We have brought together a multigenerational, multiracial coalition that is not only going to win Nevada, it is going to sweep this country,” Sanders said soon after the Associated Press called the caucuses in his favour.

Sanders’s success comes after his strong showing in the Iowa caucuses and the New Hampshire primary — and ahead of the South Carolina primary on February 29 and then, Super Tuesday on March 3, when 14 states will hold their primaries.

The Vermont Senator who describes himself as a “democratic socialist” and is not a member of the Democratic Party, goes into this leg of the race with the momentum strongly behind him — and the divided moderate wing of the party could struggle to contain him.

The field is still very crowded, with no obvious single alternative to Sanders around whom the centrist Democrats could potentially gather. Former Vice-President Joe Biden, for long the face of the establishment Democrats, has been leading the polls in South Carolina — and should he ultimately win, the others in the race will come under pressure to withdraw from the race and allow Biden to take on Sanders directly. The Democratic establishment is apprehensive and distrustful of Sanders, whom they consider to be too far to the Left, and standing for unworkable ideas. Their anxiety has deepened after revelations earlier this week that Russia could be interfering again in the election, working this time to ensure Sanders’s victory in the primaries.

In Joint Statement, Modi & Trump Ask Pakistan to Ensure Its Territory is Not Used to Launch Terror Attacks