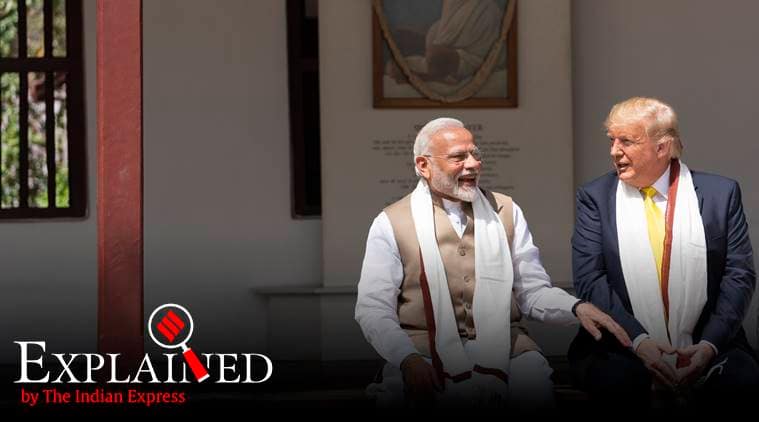 Not since the 1950s has India serenaded a foreign leader with such gusto as the US President Donald Trump this week. This in spite of the fact that none of India’s major power relations have been as deeply contested and controversial as those with the United States.

If public rallies with visiting leaders are a rarity now, they were the norm during the 1950s, when large crowds joined Prime Minister Jawaharlal Nehru in welcoming world leaders like Chinese Premier Zhou Enlai, the Russian leader Nikita Khrushchev, and US President Dwight Eisenhower.

The receptions of the 1950s were about exploring newly sovereign India’s international possibilities. The historic welcome to Trump was about ending the residual domestic reservations in India about partnering the United States.

The attention and warmth showered on Trump at Motera and Delhi marks a definitive turn in India’s thinking about America. Despite much progress over the last two decades, distrust of the US was entrenched in the bureaucracy, the political class, and the intelligentsia.

Explained | Why trade with US matters to India

Prime Minister Narendra Modi’s recent predecessors, including P V Narasimha Rao, Atal Bihari Vajpayee, and Manmohan Singh, were all eager to transform the relationship with the US, but ran into deep internal resistance against even the simplest forms of cooperation with Washington.

Modi has finally broken through that systemic prejudice against the engagement with the US. 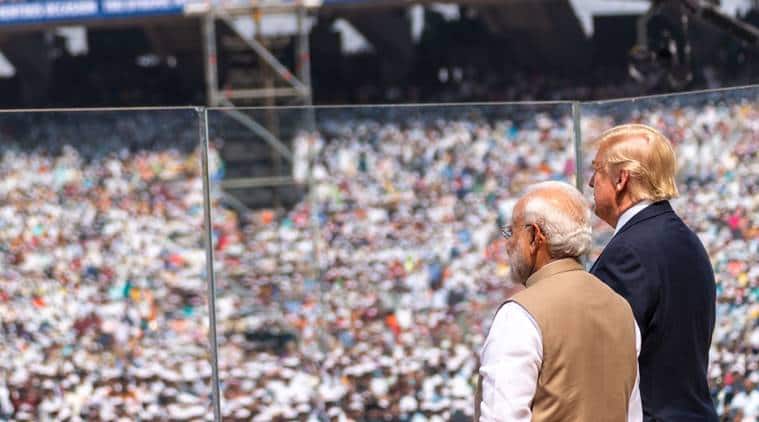 In his address to the US Congress in the summer of 2016, Modi had claimed that India’s “historic hesitations” with the US were over. If that was a declaration of intent, Motera was a demonstration of that transition.

Modi’s affirmation that the US was the most important relationship for India was based on the fact that there is a new level of trust between Delhi and Washington. This was the key to overcome India’s past inhibitions about partnering with the US. It is this new trust that let Modi go all out to publicly flaunt the new possibilities with America.

Sceptics will continue to argue that India tends to be emotional about its international friendships. They might recall the intensity of India’s fellowship with China in the 1950s — marked by the slogan “Hindi-Chini Bhai-Bhai”. That sentiment came crashing down in less than a decade amidst the structural contradictions between the two nations on Tibet, territory, and a host of other issues.

Modi’s strategic embrace of Trump looks quite similar to India’s enthusiasm for Soviet Russia during the Cold War. Although no one tagged it as “Hindi-Russi, Bhai-Bhai”, the Russian partnership was quite central to India’s foreign policy for decades.

Trump’s visit this week should remind us of the extended travels through India by the Secretary of the Communist Party of the Soviet Union, Nikita Khrushchev, and Prime Minister Nikolai Bulganin in 1955. As the two Russian leaders travelled across the nation from Ooty in Tamil Nadu to Srinagar, massive crowds showed up everywhere.

Read | How ties between India and the US have evolved, strengthening in key areas while some areas remain a concern

As Soviet Russia tried to break away from international isolation in the mid 1950s, its leaders were delighted by the affection they received in India. Trump too, appeared touched by the huge turnout at Motera.

Trump’s visit is also similar to Khrushchev’s in the signalling the visitors did on Kashmir. In their public meeting in Srinagar, the Russian leaders proclaimed their strong support for India’s stand on Kashmir at a time when the Anglo-American powers were trying to put pressure on India at the UNSC. Nothing developed trust between Delhi and Moscow more than the frequent Russian veto at the UNSC on Kashmir.

In the obsession with Trump’s talk on mediation, the Indian discourse misses the extraordinary support that Delhi has received from Trump’s White House on the Kashmir question and on pressing Pakistan to stop cross-border terrorism.

America’s support was critical in fending off the Pakistani effort to get the UNSC to discuss Kashmir after India changed the constitutional status of the state last August. It was also crucial in sustaining the pressure on Pakistan at the Financial Action Task Force (FATF). Even more important is Trump’s implicit endorsement of Modi’s recasting of the Kashmir question. Since August, the US has not questioned the constitutional change in Kashmir. The attention and warmth showered on Trump at Motera and Delhi marks a definitive turn in India’s thinking about America. (Source: White House)

That the American backing has come amidst China’s support for Pakistan on Kashmir and protection against international action on terrorism, is one part of the unfolding story of the India-US alignment. The other is about China itself.

If support on Kashmir brought Soviet Russia closer to India in the 1950s, the rift between Moscow and Beijing in the 1960s consolidated the Indo-Soviet partnership. Today the deepening schism between Washington and Beijing and the growing imbalance between India and China have set the stage for Delhi and Washington to work together to stabilise the Asian balance of power.

To be sure, this theme has been in the background for the last two decades as Presidents George Bush and Barack Obama reached out to India. But it is under Trump that the Indo-Pacific strategy was formalised and Washington has ended its own ambivalences in cooperating with India on a range of issues, from technology transfers to Kashmir and terrorism.

Don’t miss from Explained | What is the Blue Dot network, on the table during Trump visit to India?

Unlike the leaders of many of America’s traditional allies, who tended to treat Trump as an American political aberration, Modi saw significant possibilities in the President’s “America First” approach that opened up space for India in the subcontinent, the Indo-Pacific, and on security and defence cooperation.

Unlike many of America’s friends, the Modi government was willing to take some political risks in appearing to endorse Trump’s reelection at the ‘Howdy, Modi’ rally last September in Houston. This has certainly generated some bad blood with the opposition Democrats in the US. But the real threat to the deeper partnership comes not from Washington, but Delhi. An India at war with itself can hardly take advantage of the huge possibilities presented by the ‘Hindi-Amreeki, Bhai-Bhai’ phase in the US relationship.

The writer is Director, Institute of South Asian Studies, National University of Singapore and contributing editor on international affairs for The Indian Express