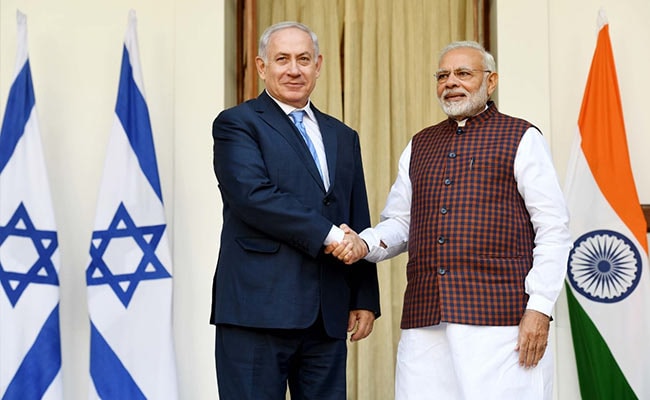 Coronavirus: India and Israel have been cooperating in fight against COVID-19.

Hours after Israel’s Benjamin Netanyahu thanked India for rushing a five-tonne cargo of medicines, including anti-malarial drug hydroxychloroquine which is believed to be effective in treatment of coronavirus or COVID-19, Prime Minister Narendra Modi this morning replied to him saying: “We have to jointly fight this pandemic.”

The medicines reached Israel, where over 10,000 COVID-19 cases have been reported including 79 deaths, on Tuesday. In a tweet on Thursday, Israel PM Benjamin Netanyahu wrote: “Thank you, my dear friend @narendramodi, Prime Minister of India, for sending Chloroquine to Israel. All the citizens of Israel thank you!”

In his response, PM Modi wrote: “We have to jointly fight this pandemic. India is ready to do whatever is possible to help our friends. Praying for the well-being and good health of the people of Israel. @netanyahu.”

We have to jointly fight this pandemic.

India is ready to do whatever is possible to help our friends.

Praying for the well-being and good health of the people of Israel. @netanyahuhttps://t.co/jChdGbMnfH

Mr Netanyahu had requested the supply of hydroxychloroquine during a phone call with PM Modi on April 3, news agency PTI reported. Last month, he had urged PM Modi to approve and allow the export of masks and pharmaceuticals to Israel.

India, one of the world’s largest manufacturers of hydroxychloroquine, earlier this week had said that it will allow limited exports of the anti-malaria drug to “nations that have been badly affected” by the pandemic.

The development came after US President Donald Trump made stunning comments about “retaliation” if India declined to ship the medicines.

On Wednesday, Donald Trump, who had described hydroxychloroquine as a “game-changer” in fight against COVID-19,  after the drug was released said India’s help during this crisis will not be forgotten.

“Extraordinary times require even closer cooperation between friends. Thank you India and the Indian people for the decision on HCQ. Will not be forgotten! Thank you Prime Minister @NarendraModi for your strong leadership in helping not just India, but humanity, in this fight!” Trump tweeted.

In his address to the nation on Wednesday, Brazil President Jair Bolsonaro, who attended this year’s Republic Day in Delhi as the chief guest, also thanked PM Modi for “timely help”. This morning, PM responded to him in a tweet. “The India-Brazil partnership is stronger than ever in these challenging times. India is committed to contribute to humanity’s fight against this pandemic,” he wrote.

The novel coronavirus, which originated in China’s Wuhan city late last year, has infected over 1.6 million people worldwide, however, experts are still trying to develop a vaccine that can protect against it and find cure for the illness.