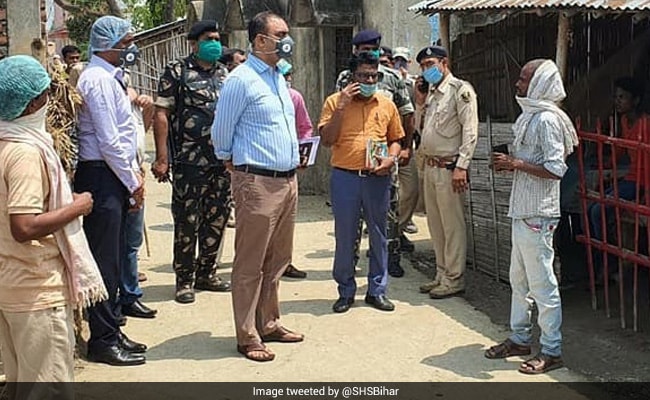 Attacks on health officials have peaked in Bihar, with four cases being reported across the state within 24 hours. Two of them took place in Bihar Sharif, the hometown of Chief Minister Nitish Kumar — the last one by Thursday evening. The government has appealed to the people to keep calm. Chief Minister Nitish Kumar has been silent so far, unlike his counterparts in Maharashtra or Kerala, who give daily updates about the fight against coronavirus in their states and on occasion, address the people.

The attacks came as the state government launched its ambitious door-to-door screening in four districts — Siwan, Begusarai, Nalanda and Nawada — which account for 60 per cent of the state’s 53 active cases. Bihar altogether had 83 cases, 37 patients have recovered and one died.

Siwan and Begusarai are the coronavirus hotspot in the state, marked as “Red Zones” named in the health ministry issued on Wednesday – a day after Prime Minister Narendra Modi extended the lockdown till May 3.

Screening and door-to-door testing in such areas has been recommended by the Centre to zero-in on the patients who are yet to show symptoms and then follow the strict process of isolation and quarantine.

Nalanda and Nawada are potential hotspots. Sources said coronavirus cases in Nalanda were detected after a local jamat or Islamic religious gathering, held in the middle of March. But as the health workers went to the affected areas, they were told to leave by the locals.

On Wednesday, similar incidents were reported from Aurangabad and Motihari. Health workers who went to check on some possible patients, were chased off by villagers. Suspicion of the outbreak came after a local returned from Delhi.

Sanjay Kumar, the Principal Secretary of the Health Department has appealed to the people to maintain calm. State police chief Gupteswar Pandey said stern action will be taken against anyone found involved in such incidents.

On Wednesday, a team of doctors and other medical staff were attacked in Moradabad, located in neighbouring Uttar Pradesh, when they went to take primary contacts of a COVID 19 patient who died, to a quarantine facility.  A police team escorting the doctors was also attacked. Some policemen and a doctor were injured in the attack.

WHO welcomes joint efforts with India to fight COVID-19