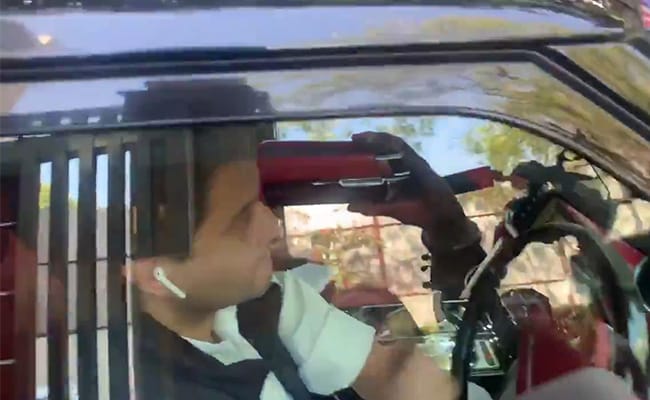 Jyotiraditya Scindia has resigned from the Congress (File)

Former parliamentarian Jyotiraditya Scindia on Tuesday announced his resignation from the Congress on Twitter, minutes after he met Prime Minister Narendra Modi and Home Minister Amit Shah in the national capital.

In his resignation letter to party president Sonia Gandhi, Mr Scindia wrote ,”To reflect and realise the aspirations of my people and my workers I believe it is best that I now look ahead at a fresh start”.

Soon after Mr Scindia’s announcement, the Congress said it expelled him from the party over “anti-party” activities.

“Having been a primary member of the Congress party for the last 18 years, it is now time for me to move on. I am tendering my resignation from the primary membership of the Indian National Congress and as  you well know, this is a path that has been drawing itself out over the last year,” he said in his letter of resignation.

“While my aim and purpose remain the same as it has always been from the very beginning, to serve the people of my state and country, I believe I am unable to do this anymore with this party,” he added.

17 MLAs from the Congress, who are loyal to Mr Scindia, on Tuesday took a chartered flight to Bengaluru, putting in jeopardy the Kamal Nath government in Madhya Pradesh.

Madhya Pradesh BJP MLAs will meet at a hotel in Bhopal at 7 pm. Sources have said Jyotiraditya Scindia will join the BJP at 6 pm as well – at the party headquarters in Delhi. Mr Scindia may get a Rajya Sabha seat from the BJP.

Sources say the BJP is expected to stake claim to form government in Madhya Pradesh. Shivraj Singh Chouhan could be the party’s chief ministerial candidate.