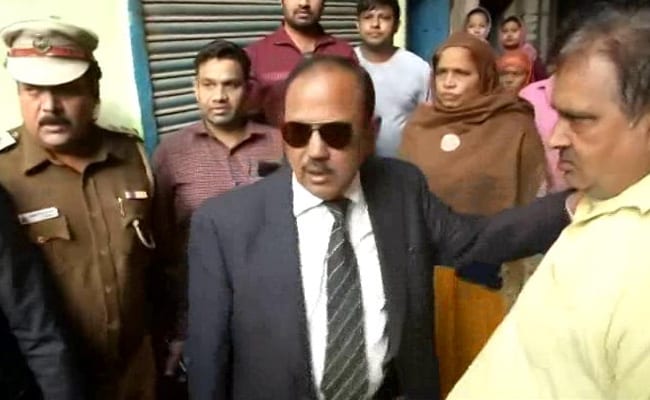 The Communist Party of India-Marxist (CPI-M) on Friday slammed National Security Advisor Ajit Doval’s “jo ho gaya, so ho gaya (what happened, has happened)” remark while speaking to people in the violence-hit areas of Delhi, and alleged attempts are being made to “whitewash” the role of perpetrators.

The CPI-M also demanded a judicial probe by a Supreme Court judge, or a Supreme Court-monitored inquiry into the violence to dispel doubts about any partisan approach.

“NSA, Ajit Doval, made a shocking statement while talking to victims of violence that ‘whatever happened has happened (jo ho gaya, so ho gaya)’. The same approach was evident in the unseemly developments in the Delhi High Court where the Delhi police categorically refused to indict those who have given public speeches to incite communal polarization,” the Left party said in a statement.

The party also questioned the Delhi Police’s inability to preempt the violence.

“The need of the hour is to create confidence among the people and help them deal with the post-violence trauma that people have to cope with in northeast Delhi and the sense of insecurity elsewhere.

“Instead of doing this, if the so-called investigation is used to whitewash the role of the perpetrators and selectively handout clean chits, it will invariably lead to further widening of the chasm,” it said.

NSA Ajit Doval, tasked by Union Home Minister Amit Shah with restoring law and order in the national capital earlier this week, spoke with local residents during a second visit to violence-hit areas on Wednesday evening.

The “jo ho gaya, so ho gaya” comment by Mr Doval was strikingly similar one by Congress leader Sam Pitroda on the 1984 anti-Sikh riots that was shredded by top leaders of the BJP including Prime Minister Narendra Modi during the national elections last year.

At least 42 people have been killed and hundreds injured in violence that singed the northeastern outskirts of Delhi between Monday and Thursday as demonstrators for and against the controversial Citizenship Amendment Act (CAA) clashed.

(With inputs from PTI)