New Delhi: A 40-year-old man in Malegaon in Maharashtra have been arrested by Nashik rural police after a TikTok video showed him wiping his nose and licking currency notes, amid the spread of coronavirus in the country. The accused has been identified as Sayad Jamil Babu, who had shared the video on Tik Tok with title ‘Wecome to India Corona Virus’ and had claimed that novel virus was a divine punishment without any remedy.

After the video went viral, the Cyber Crime police took note of it and traced the location from where the video was first shared. The Nashik rural police then arrested the accused and booked him under sections 153 for hurting sentiments and section 188 of the Indian Penal Code.

Confirming the news, an official told PTI, “He said in the video that the pandemic would intensify further. After the video went viral, we arrested him. He has been remanded in police custody till April 7 by a court in Malegaon.” 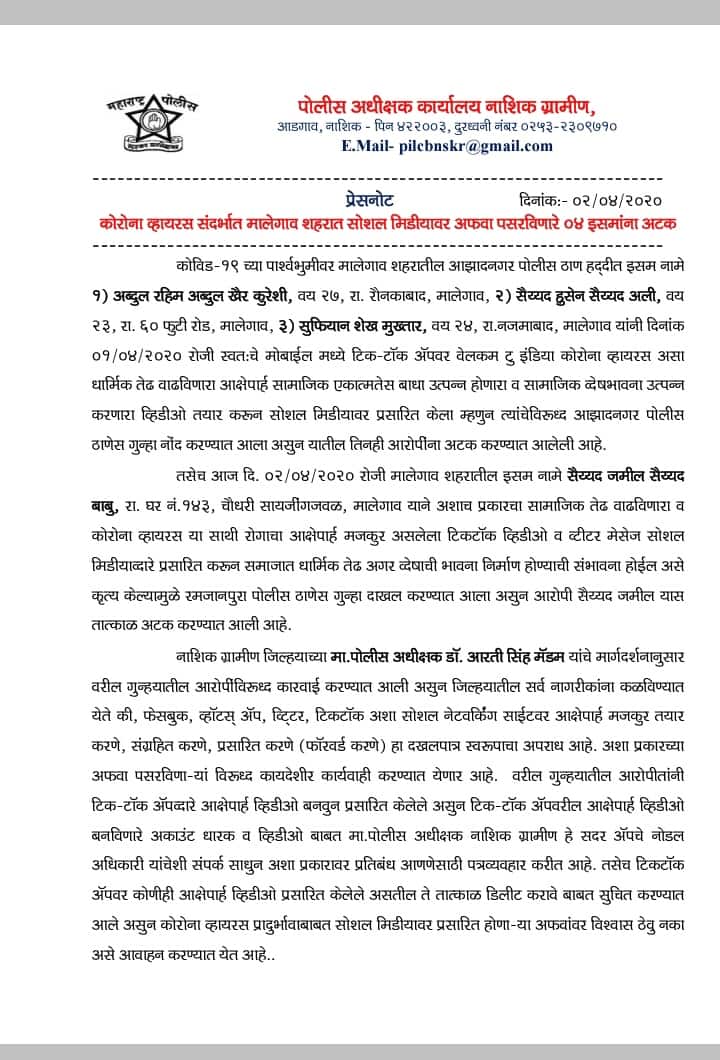 Meanwhile, the police has also arrested three others, all aged between 23-27 years, from Malegaon. The accused have been identified as Abdul Qureshi (27),  Sayad Hussain Ali (23) and Sufiyan Mukhtar (24).

A case has been registered against all the four accused in Azad Nagar Police Station in Nashik.