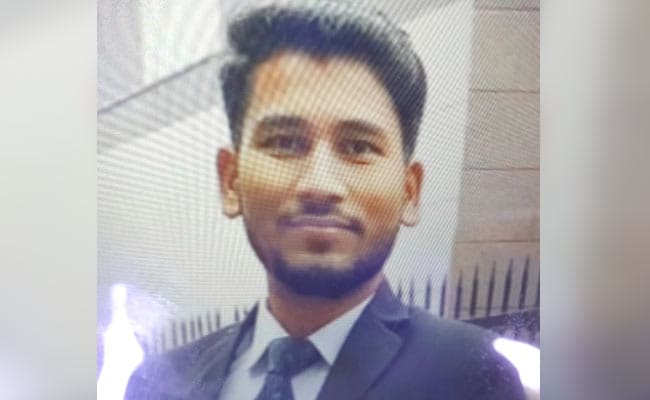 A friend of Rahul, who was with him when he was shot, said they could not see who fired at him.

Amid an eerie calm in northeast Delhi’s Shiv Vihar, where violence raged over the last three days, 26-year-old Rahul Solanki’s body was taken to a crematorium by his distraught kin and armed paramilitary personnel on Wednesday.

Rahul Solanki, who was pursuing his LLB from a private college in Ghaziabad, had stepped out on Monday to buy milk. He died after he was shot in the right shoulder near his neck, his father Hari Singh Solanki said.

“Today, we took his body home from GTB Hospital. We wanted police and paramilitary forces to give us protection till we reached the crematorium to perform his final rites,” he said.

Senior police officers present in the area had assured the family members that they will be provided security.

A friend of Rahul, who was with him when he was shot, said they could not see who fired at him.

“We saw a mob approaching us and began to run. We were barefeet and Rahul went to put on his slippers. While he was putting them on, some unidentified persons shot him dead,” he said.

Twenty-four people were killed and over 200 injured in the communal clashes that broke out in northeast Delhi three days ago after violence between anti and pro Citizenship (Amendment) Act groups spiralled out of control.

Jaffrabad, Maujpur, Babarpur, Yamuna Vihar, Bhajanpura, Chand Bagh, Shiv Vihar were among the areas worst-hit by the violence. Heavy police and paramilitary presence was seen in these areas on Wednesday.

US lawmakers express concern over Delhi violence as toll rises to 27, say country must speak up against anti-Muslim violence - Firstpost