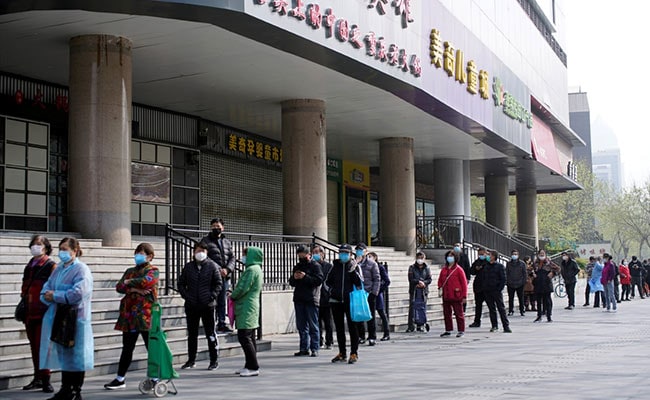 Wuhan Coronavirus: There is lingering fear about the asymptomatic cases (File)

A few daring Indians, who remained in Wuhan where the novel coronavirus first emerged and then became a global pandemic, have a word of advice for their compatriots back home: follow the strict lockdown and self-isolation measures to arrest the spread of the deadly disease.

Speaking to PTI, the Indian nationals in Wuhan said they were very happy that their 76-day suffering due to the strict lockdown came to an end on Wednesday when the authorities lifted the restrictions in the central Chinese city of 11 million people.

“For over 73 days, I stayed put in my room, stepped out to my lab close by with permission. Today I struggle to speak properly because I have not spoken much all these weeks as there is no one to speak because everyone stayed indoors,” said Arunjith T Sathrajith, a hydrobiolgist working in Wuhan.

India evacuated about 700 Indians and foreigners through two special Air India flights, but Arunjith, who is from Kerala, decided to stay in Wuhan and brave it all because he felt “escaping” from a troubled place was not the ideal thing for “Indians to do”.

He is one of the few Indians who chose to stay back in Wuhan, a city of 11 million people and the epicentre of the pandemic.

He also thought his return to Kerala could endanger his parents and in-laws, all over 50 years, besides his wife and child.

A microbiologist-turned-hydrobiologist who is taking part in a research project in the central Chinese city, he said India had done the right thing to go for a nationwide lockdown, but the major problem for the country could surface when the monsoon season arises as people’s immunity levels go down.

That is the time virus could turn virulent, Arunjith said.

If there is any lesson Wuhan offers, it is the strict lockdown and people’s participation in self-isolation campaign, he said.

Another Indian scientist who also stayed put in Wuhan fully agreed with Arunjith.

“For about 72 days I have shut myself in my room. My neighbour has three very young children. I have not seen them coming out of their flat even once.

“Today I am happy and relieved I survived but still not willing to venture out because I could run into virus carriers,” the scientist, who preferred to remain anonymous, told PTI over phone.

He advising Indians to strictly follow the lockdown. The scientist said a lockdown of Wuhan a few days before could have helped prevent the virus from spreading like wildfire.

He preferred to remain in Wuhan and declined the Indian embassy’s offer because he was concerned about his family back home.

“Considering the hospitality I enjoyed, I was confident I would be taken care of by my employer and local friends and they did,” he said.

Arunjith said he and his fellow researchers began hearing about the spread of a vicious virus in Wuhan from the second week of December and things progressively began deteriorating with fear spreading among people as they began wearing masks.

But even after the lifting of the lockdown in Wuhan, still not many people are stepping out as there is lingering fear about the asymptomatic cases.

Asymptomatic coronavirus cases are those who test positive but do not show any symptoms and have the potential to cause sporadic clusters of infections.

Both agreed that it is very difficult for detecting the virus and its virulence in December and early January until many people started contracting it.

“It is not easy to understand this virus. And it is not going to be easy to understand it until they trace the zero case which is extremely difficult. Chinese took time to act because they had no idea about it early and when they learnt about it, they acted swiftly,” the scientist said.