Last month Anil Ambani told a UK court that his net worth was zero and that he was bankrupt.&nbsp

New Delhi: Anil Ambani, chairman of Reliance Anil Dhirubhai Ambani Group (ADAG), last month told a UK court that his net worth was zero and that he was bankrupt. Ambani is being sued by three Chinese banks for a loan default of around Rs 5,000 crore by Reliance Communication, one of the subsidiaries of ADAG group.

Net worth of the younger sibling of Mukesh Ambani was once more than him. In 2006, a year after the division of their family business, Anil Ambani had topped his elder brother Mukesh Ambani, who is now the richest Asian and ninth richest in the world’s, in net worth. At that time, Anil’s net worth was Rs 550 crore more than Mukesh Ambani and he was the third richest Indian after steel tycoon Lakshmi Mittal and Azim Premji.

In 2007, the wealth gap between the two brothers was very less. According to the Forbes Rich list 2007, junior Ambani’s net worth was Rs $45 billion while senior Ambani held assets worth $49 billion. But now after 13 years, wealth of the two brothers moved in the complete opposite directions. According to the Bloomberg Billionaires Index, the realtime net worth of Mukesh Ambani is $51 billion while his younger brother is no more a billionaire. 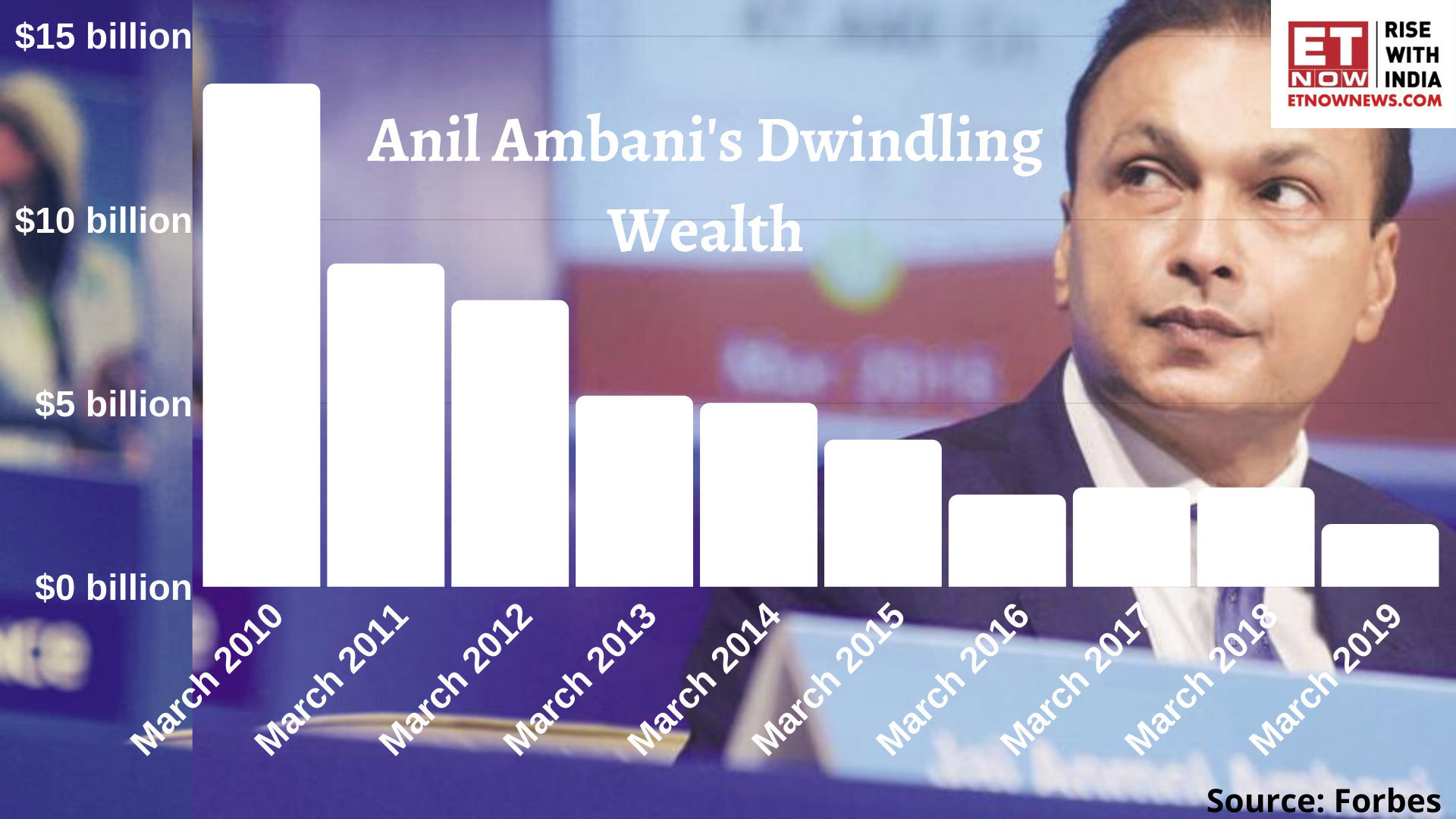 Over the last 13 years, Mukesh Ambani started new ventures like Reliance Retail and Reliance Jio and expanded his the core oil & gas business under Reliance Industries, which now generate nearly $6 billion in net profit annually. In the meantime, Anil Ambani lost money in his telecom venture and expanded into unrelated businesses like infrastructure and defence manufacturing which landed his firms in huge debt and they found it difficult to service the debt, leading to collapse of many subsidiaries.

Experts say Mukesh Ambani’s vision and perseverance helped him built businesses of scale which any other company would fear to take on while Anil Ambani dabbled in many businesses and invested in sectors that would give quick returns. Anil Ambani could not even sustain the family telecom business, which was once started by his elder sibling in 2002. The difference in Mukesh and Anil lies in focus and execution. While Mukesh keeps a close watch on his business and his strategies and manages the business from the micro-level, Anil Ambani lacked that acumen, experts say.