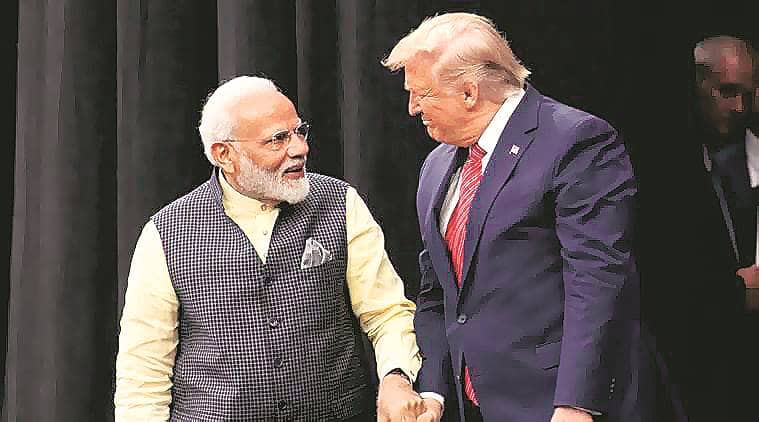 US President Donald Trump is learnt to have told Prime Minister Narendra Modi that he doesn’t intend to mediate between India and Pakistan although Pakistan Prime Minister Imran Khan has been seeking mediation by the US.

This has been one of the major takeaways of the bilateral conversation between the US President and the Prime Minister on Monday and Tuesday.

A government source privy to the discussions said that the US President told Modi that Khan keeps pressing him to mediate every time they meet, but made it clear that he is not going to do it.

Sources said that New Delhi understands that the US needs Pakistan to fulfill its objectives in Afghanistan, but asked it to keep a “close eye” on Pakistan. The Indian side is learnt to have conveyed that Washington must continue to put pressure on Pakistan in the Financial Action Task Force (FATF) and also take action against the terror infrastructure in the territory under its control. Trump is said to have reiterated India’s right to defend itself when faced with terrorist attacks.

Modi raised the totalisation agreement between the two countries. Sources said this issue was raised for the first time between the two leaders although it has been discussed between officials.

US President Donald Trump and PM Narendra Modi had comprehensive discussions this week. While the talks covered all major issues between the two countries, Trump cleared the air about mediation during his conversation with Modi. This is of importance since the issue has been coming up since last July.

The totalisation pact is about Indian professionals who pay their contribution to the social security, but are unable to bring it to India. This amount, parked in the US, is to the tune of $12 billion, sources said. The US President, who was apprised of this issue for the first time, “took note” of the Indian concerns. According to sources, the US side will have to change their laws to have the pact signed.

Sources said the two leaders also agreed to “freeze the negotiations as is where is basis” and then convert the negotiated text to a “legal text”. The two sides are hoping to have the Phase 1 of the trade deal as early as possible, and then work on the “big” trade deal.

The Indian side also took up the issue of H1B visas. Modi, sources said, shared the role of the Indian American community and their contribution in the US, and the fact that they not only brought in tech knowledge and innovation skills, but also added democratic values.

Sources said that while China was not directly discussed, it was one of the issues that was in the shadows. The US President and the Prime Minister had some discussions on Blue Dot Network, an answer to China’s Belt and Road Initiative. Sources said the concept, at a certain level, fits into the broad vision of Free and Open Indo-Pacific strategy, but India has not yet taken a decision to join in.