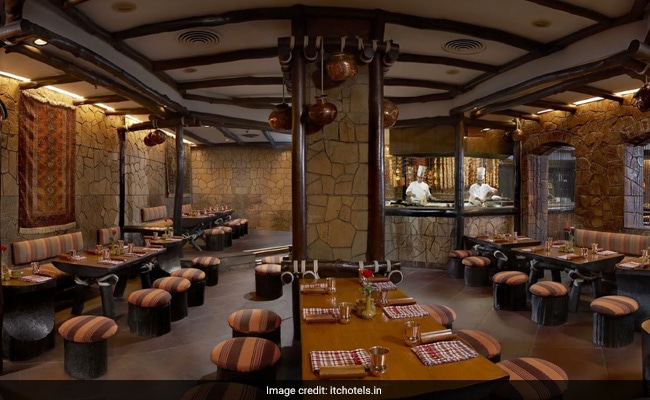 Donald Trump will begin his two-day visit to India on Monday. (File)

A ”Trump platter”, which will have signature dishes from ITC Maurya’s restaurant Bukhara with a little customisation, is likely to be on the menu for US President Donald Trump during his first state visit to India, sources said.

The Bukhara restaurant, which has hosted several heads of states, including former US presidents, has not altered its menu for the last 41 years.

Like his predecessors, President Trump is likely to dine at the iconic restaurant where a ”Trump platter” is likely to be offered to him. It will be customised according to his taste, the sources said.

The hotel, however, has not revealed anything about the arrangements made for POTUS, including the food.

Barack Obama had visited India twice in 2010 and 2015 as the president and he was served the ”Obama platter”. Since then, the dish has become a part of the menu and is also very popular among the guests.

When Bill Clinton had visited Bukhara as the president, the hotel had introduced “Clinton platter” and “Chelsea platter”.

Bukhara’s dishes are mainly tandoor based and has an assortment of kebabs, the signature ”Dal Bukhara” and breads like ”Khasta Roti”, ”Bharwan Kulcha”.

Trump is also likely to be gifted an apron with a painting of MF Husain. Legend has it that Husain was so impressed with Bukhara that he painted his trademark horse on his canvas while having food at the restaurant.

This trademark horse has been replicated on the aprons that are given as mementos to the guests. These aprons will also be presented to the Trumps, the sources said.

When former US president Obama had stayed at the ITC Maurya in 2015, he was served food from the hotel’s roof top European restaurant WestView where he dined with top CEOs from India and US on January 26. The dinner was hosted at the Grand Presidential Floor.

First Lady Michelle Obama chose to experience the famed Bukhara cuisine and had a private dinner with select members.